Sankie Storms Out The Door 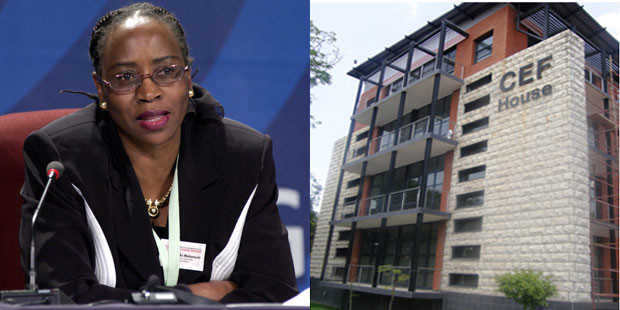 She had been in the position for three fraught years. A former cabinet level minister of Housing in the Jacob Zuma government and a one- time deputy secretary general of the ruling party, ANC, Ms. Mthembi-Mahanyele is the highest ranking public official to have stormed out of a position in the country’s troubled energy sector in the last two years.

In July 2015, Mthembi-Mahanyele had a widely publicized disagreement with Nonhlanhla Jiyane, then interim chairwoman of PetroSA. That spat led to the latter’s resignation. Ms. Jiyane had acted on the job for only seven months.

On Ms. Mthembi-Mahanyale’s watch, CEF’s CEO Sizwe Mncwango resigned in December 2014 year and the position is being filled in an acting capacity. Bheki Gila, CEO of The Strategic Fuel Fund turned in his resignation letter in August 2015 “to pursue other business interests”. At PetroSA, Nosizwe Nokwe-Macamo and Lindiwe Mthimunye-Bakoro, CEO and CFO respectively, were suspended after they refused to take “gardening leave” while the company’s poor performance was investigated.

The state hydrocarbon firm had come across as inefficient; its wallet full of leakages and it had been unable to deliver on the most crucial of the several projects on its drawing board. These challenges set up the July 2015 conversation between Mthembi-Mahanyele and Jiyane which led to Jiyane’s resignation. A letter from Mthembi-Mahanyele, complaining, among other things, that “the apparent lack of urgency on the part of the PetroSA board was obstructing the efforts of the CEF to assist PetroSA“, was part of the immediate causes of Ms. Jiyane’s resignation.

To hear the South African media tell it, the fiasco at PetroSA was, incidentally, the final trigger for Ms. Mthembi-Mahanyele’s resignation. The country’s top financial daily BusinessDay reported that Ms.Mthembi-Mahanyele decided to walk away from it all, “after a heated meeting with  Ms. Tina Joemat-Pettersson during which the minister blamed the CEF board for the mess at PetroSA”.

« Equatorial Guinea Restructures Its Petroleum Sector
Kachikwu Gets What He Negotiated »