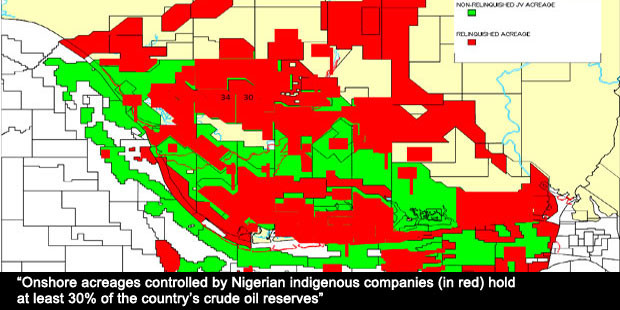 Nigerian indigenous E&P companies, excluding NPDC, produced about 260,000BOPD, or 12% of the country’s total crude oil production, in August 2015. It’s a clear indication that this group is not producing optimally from the acreages it controls; which hold over 30% of the nation’s crude oil and gas reserves.

The top five homegrown Nigerian producers in August 2015 were Seplat, Oando, Famfa, Aiteo and Neconde, in that order, of which only Seplat and Aiteo have full operatorship status.

(Oando is a non-operating partner in all the five acreages and two fields in which it has production). Still, the Nigerian operator has become the rule than the exception; out of 31 Nigerian E&P companies producing oil and gas, 21 are operating their own assets.

The most current update of production data for Nigerian independents is available to paying subscribers of Africa Oil+Gas Report.

« PA Resources Goes Down, Finally
80% of NNPC Production Comes from Only 25% of Oilfield Assets »