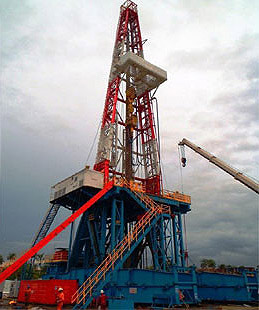 The sands were reached after tough drilling conditions in severely pressured zones. Shell is using the Chinese built High Pressure, High Temperature rig Hilong-27, to drill for deep gas sands in eastern Nigeria. It encountered such deeper gas sands in Gbaran-26 earlier in the year.
In Kolo Creek 40, Shell drilled through a previously discovered gas zone, which it found to be better developed in the well.

It did not encounter any new gas sand. In Kolo Creek 41, however, it drilled deeper, taking care of pore pressure and mud system issues, to arrive at two deeper gas sands. Sources at the department of petroleum resources (DPR), the country’s regulatory agency, would not disclose the depth of the new finds.