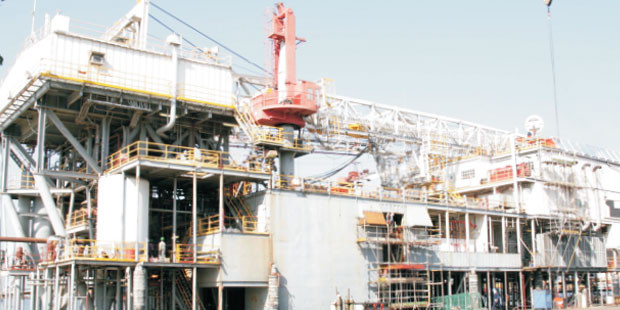 Oando Plc has elected to become a pure E&P company, selling off everything other than the hydrocarbon acreages it holds, if Shareholders approve on December 7, 2015. The company will sell the entire Oando Energy Services (OES) Limited, a 16 year old subsidiary which owns and operates four swamp rigs, all of which are currently without work. Oando claims that it invested over $450Million in the acquisition refurbishment and upgrade of these idle rigs, including OES Passion, OESIntegrity, OES Professionalism, OES Teamwork and OES Respect. Also up for sale are the oil service segments of OESL, which include Drilling and Completion Fluids Services as well as Drill Bits and Engineering Services.
In the last one month, Oando has sold out of the 10 Megawatt (MW) Alausa Power Limited (ALPL), the conception of a Power Purchasing Agreement between the company and the government of Lagos State, Nigeria’s economic powerhouse. The company has also sold its share of Akute Power Limited, a project company set up to develop and operate a 12.15MWIndependent Power Plant (4Nos. 3MW gas-fuelled engines) for Lagos Water Corporation.
In July 2015, Oando notified the Nigerian Stock Exchange (NSE) that it had entered  into a definitive agreement with HV Investments II B.V (HVI) to sell 51% of the voting rights and 60% of the economic rights in its downstream business for $276 million. HVI consortium is a joint venture owned by a fund advised by Helios Investment Partners and the Vitol Group, the world’s largest independent oil trader.
Oando, which came to being as a downstream company selling, majorly, gasoline, was caught by the bug of upstream crude oil exploitation in 2008, when it bought 15% of two Nigerian deepwater acreages for $200Million. The daily receipts of payments for the ~5,000BOPD net entitlement from these assets, without the sort of hassle that attends procurement and sale of petroleum products, or the complications involved in natural gas sales, was the green light for Oando’s determined push for more producing acreages.
What forced the company on the epic fundraising drive, prompting it to sell just about every silverware was its historic$1.5Billion acquisition of ConocoPhillips’ Nigerian hydrocarbon assets, comprising, in the main, 20% non-operating interest in Oil Mining Leases (OMLs) 60, 61, 62, and 63 as well as related infrastructure and facilities in the Nigerian Agip Oil Company Limited  Joint Venture with the Nigerian National Petroleum Corporation.Since that sale, (then the most expensive in Nigerian history) was agreed in 2012, the once “proudly integrated” oil company has been selling off parts of the whole.
Whereas the divestment from OES is understandable in the context of the downturn in the rig activity side of the industry, Oando’s move to sell its Gas and Power division, notably the Gaslink brand, is of significant interest. With 120km of gas pipeline in the west and north of Lagos, Gaslink was the first private non gas producer to supply natural gas to industries in the city, but the company needs money. An indication that the prosperous gas business would also be sold off was given in December 2013, when Oando sold the entire issued share capital of the East Horizon Gas Company Limited (EHGC), to Seven Energy, for a total gross $250 Million adjusted for net liabilities. EHGC was a special purpose vehicle operating a 128km, 120MMscf, 18-inch natural gas transmission and distribution pipeline traversing the south easternmost part of the Niger Delta Basin: the Akwa Ibom and Cross River States. Two things were significant about the sale; (1)the pipeline had only just been completed and  (2) EHGC had, as of the time of sale, a gas sales agreement to supplyup to 25MMscf/d, increasing to 50MMscf/d in 2016, under a 20 year “take-or-pay” agreement expiring in 2032.

« Kenya Is Worried Lamu Investment Will Go Up In Smoke
SDX Is Stuck At Below 1,000BOEPD »