Gabon’s crude oil production is expected to have grown by 8% in 2015, but the collapse of oil prices ensures that the mono product 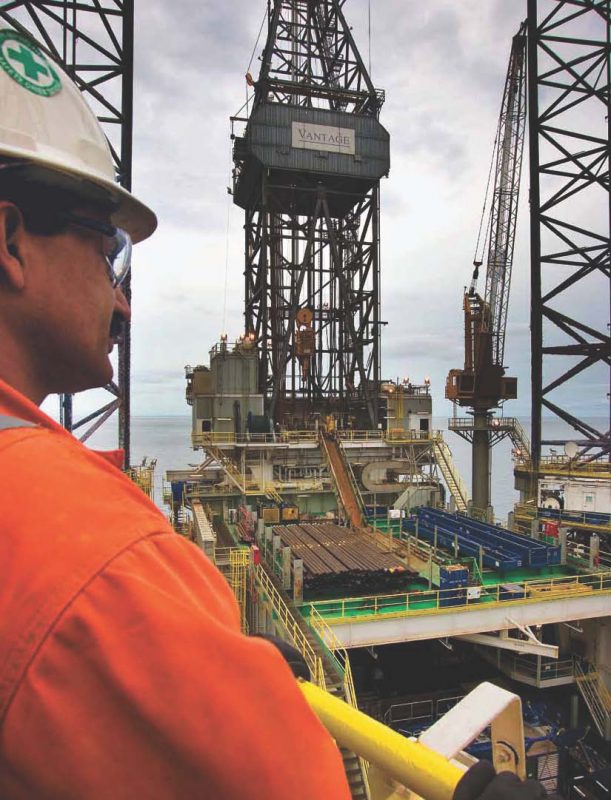 The increased crude output is due to new wells and mature field productivity improvements by such operators as Vaalco, Perenco, TOTAL and Shell. However, the International Monetary Fund (IMF) declares, in a mission report, that “falling oil prices and revenue have prompted the public sector to rein in spending faster than previously anticipated, and oil companies are sharply curtailing exploration and operating expenditure”. As a result, the fund notes, activity in construction, transport, commerce, and services has slowed, “and the non-oil economy is forecast to decelerate to 4% in 2015. Inflation has come down sharply over the past year and expected to be about 0% in 2015”.

With oil production accounting for roughly one-third of GDP, contributing to 45% of government revenues, and about 85% of exports in 2014, the 40% decline in international oil prices since 2014 (in CFA franc terms) is a serious shock to the Gabonese economy.“The new outlook highlights the need for the country to diversify its economy, including through the Plan Stratégique Gabon Emergent (PSGE), but it also imposes tighter financing constraints”, the IMF says. “Despite a significant fiscal adjustment since the second half of 2014, the fall in oil prices and its impact on government revenue and on nominal GDP have spurred public debt to rise above the government’s self-imposed ceiling of a debt-to-GDP ratio of 35%, and resulted in a decline in government deposits and foreign reserves. The external current account balance turned from a surplus of about 8%of GDP to a deficit of 2% of GDP.

“The mission welcomed the recent draft 2016 budget and MTFF. The envisaged additional fiscal adjustment will prove challenging, as it targets only moderate increases of current spending and cuts to investment spending. To safeguard the level of PSGE-related public investment, the authorities should widen the tax base by reducing tax exemptions and tax expenditures, contain the very high wage bill, review and reprioritize major projects with a limited economic impact over the medium term, and seek private financing through public-private-partnerships on the basis of appropriate legislation. Given weakening oil prices, additional tax measures and decisive action to address the rising wage bill and further reduce fuel subsidies will likely be needed in early 2016.

“If the government can maintain sufficient resources for the PSGE, overall growth in Gabon could bounce back to an average of about 5% in 2016–20. The main risk to this outlook is an insufficient fiscal adjustment in response to weak oil prices. Higher-than-budgeted spending or lower-than-expected prices would force the government to substantially draw down deposits and/or significantly increase borrowing. An ancillary risk concerns a stronger-than-expected spillover of the oil price shock to non-oil economic activity.

“With oil price shock weighing on private sector activity, the growth and diversification objectives of the PSGE need to be protected and structural reforms accelerated. The focus should be on improving economic competitiveness and productivity, notably by strengthening education, infrastructure, and institutional capacity, rather than providing costly fiscal incentives to attract investors. In addition, business climate reforms should be accelerated along the lines of an action plan already developed with the International Finance Corporation. Finally, Gabon should advocate for deeper regional integration and explore opportunities for synergies from infrastructure projects underway in neighbouring countries.

« Addax Struggles with Nigeria, Grows Elsewhere
What Can Go Right In 2016? »