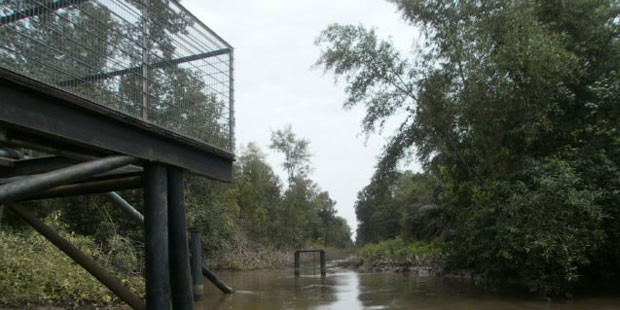 Several oil industry players and analysts in Nigeria are surprised that the government is listening to a Vitol backed proposal to buy up some two billion dollar ($2Billion) debt owed to state hydrocarbon company NPDC, for the sale of the latter’s crude in the last three years.

Atlantic Energy had a Strategic Alliance with NPDC, namely to fund the latter’s operations in those assets; lift the crude produced therefrom and sell it and thereafter pay NPDC its share. There’s subsisting allegation that the upfront funding hardly happened and a significant portion of the proceeds from the sale of the crude didn’t make it to NPDC coffers and, by extension, the Nigerian treasury.

That money is a key component of the complaint by Lamido Sanusi, former CBN Governor, that as much as $20Billion that ought to have been remitted into the National Treasury between 2012 and 2013 was not remitted. As we write, a Nigerian independent is in discussion with the Ministry of Petroleum to buy that debt from Atlantic Energy and pay the Federal Government and then simply continue with the contract –as it is–going forward.

What the analysts and other industry players are surprised about is that the buyer of the debt will simply continue with the extant contract, which appears to give away so much of NPDC’s returns for little investment from Atlantic Energy. In order to recover its cost in funding the NPDC part of the operations, the terms of the current agreement call for Atlantic Energy Drilling to receive, in the beginning of production, 60% of the volume of crude oil to which NPDC (NNPC) is entitled. This is cost oil. When that cost is fully recovered, Atlantic’s share will drop to 30% of the crude oil to which NPDC is entitled, which is profit oil. So, whichever status is currently the case-cost oil or profit oil- Atlantic Energy has a subsisting contract to receive at least 30% of the 55% equity crude belonging to NPDC in OMLs 30, 34, 40 and 42.

“There is no need for an outside contractor to fund NPDC’s share in these very productive acreages and pocket so much of the proceeds”, analysts argue. “For one, contracts can be renegotiated to ensure that the country gets its fair share. Again, NPDC can come together with its partners in these acreages (which are the companies which bought the 45% share of the asset from Shell and Co) and jointly raise funds to develop the assets without giving so much away to an outside contractor for funding.”