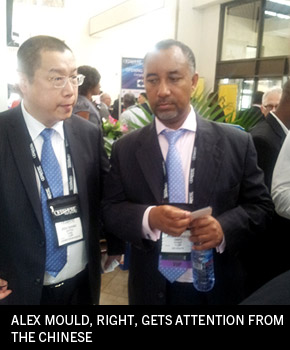 field- is more than half-way complete.It sailed out Tuesday, 26th January, 2016 for the Keppel Shipyard in Singapore for integration of the oil and gas processing modules.

It had undergone conversion and life extension at the HRDD shipyard in China, to meet the 20-year life of the field, without dry-docking (moving to a shipyard) for maintenance. It is expected to be completed and set sail to Ghana in the first quarter, 2017.

The status of the completion of the production vessel reflects the speedy progress made on the field since project sanction in 2015. The manufacture of subsea production systems and facilities are well underway.  Five deepwater wells have been drilled. “Success on projects of this scale and complexity require not only commitment from GNPC, State institutions and project partners, but also huge logistical mobilization”, according to a release by the the Ghana National Petroleum Corporation, the state hydrocarbon company.

The field will produce 180 million standard cubic feet of gas daily, sufficient to generate approximately 1,100 megawatts of electricity increase Ghana’s electricity supply by 50%. First gas is expected in February 2018, in addition to 30,000 barrels of oil daily, to be produced from August 2017.

“Sankofa is a game-changer in the development of Ghana’s gas industry.  GNPC, the State institutions and the World Bank have been particularly effective in efforts to finalise the commercial and contractual arrangements for the project. We are pleased to have made significant progress in just one year, but there is much more to do. We will continue to collaborate with these institutions, and in addition, provide access to use of project equipment, machinery and vehicles, to ensure successful delivery of the project,” says Alexander Mould, the Acting CEO of GNPC.

The Ghana National Petroleum Corporation (GNPC), along with other state institutions, including the Ministry of Finance, Ministry of Petroleum and the Bank of Ghana, have been instrumental in securing the project, worth $7.9Billion, which is the largest ever foreign direct investment into Ghana. Working with private partners, ENI and Vitol, alongside the World Bank, “we expect to deliver the Sankofa-GyeNyame project on time and on budget for the benefit of the people of Ghana”, Mould says.

“As the national gas sector aggregator, GNPC will play an enabling role, with the necessary investments.  Investments in the construction of gas export pipelines to be integrated with the Ghana Gas pipelines, together with onshore receiving facilities are necessary to ensure efficient supply of fuel to improve Ghana’s energy capacity. This will help provide electricity to households, schools, hospitals and businesses, and fuel Ghana’s economic development.”

The development of a robust gas sector is part of GNPC’s goal of evolving into an integrated energy company to support the developmental drive of Ghana.

•      An integrated Plan of Development for the project was approved by the Minister for Petroleum in December, 2014.

•      This is an integrated oil and gas development, with 2 Phases: