Sonangol May Wrap up Re-organisation in June 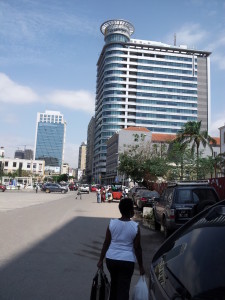 Sonangol, the powerful state hydrocarbon company of Angola, is getting ahead with its re-organisation, which seeks to reform the organization, shed a lot of weight and become leaner and more efficient.
In the event, Angola’s largest business entity is unlikely to remain concessionare of oil and gas acreages.

Sources say this status will be handed over to an independent third party. Overseas consultants are involved in the strategic review. Sonangol will also be exiting certain aspects of the Angolan economy.
Read More….