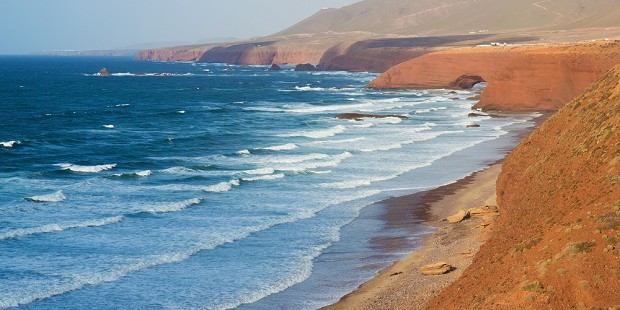 The decision, by Italian giant ENI, to acquire 40% equity interest in, and operatorship of, four acreages offshore Morocco, is the strongest statement of confidence by any company, in the country’s hydrocarbon system.

Deepwater Morocco has ranked high, in the last four years, in the certainty of yielding dry holes for exploration companies.  In February 2016, Chevron farmed down its interest in three of the Kingdom’s deepwater tracts by up to 40%.

ENI, which has been the most aggressive as well as most successive international explorer in Africa in the last three years, is acquiring from Chariot Oil&Gas’s interest in Rabat Deep Offshore exploration permits I-VI. The European major will carry Chariot in a deepwater well on the JP-1 prospect, to an agreed cap; and carry Chariot for other geological and administrative costs relating to work commitments in the next licence period. It will also pay a contribution towards Chariot’s investment to date. Chariot says it will use such funds for continued development of Chariot’s portfolio.

“Based on this data, Netherland Sewell and Associates Inc. conducted an independent Competent Person’s Report and has estimated a gross mean prospective resource of 768MMbbls for JP-1. The prospect sits adjacent to a source kitchen modelled to be oil generating and third party drilling offshore Morocco has confirmed that the Jurassic can have excellent reservoirs and the presence of a light oil charge, hence the focus on this play”.