Forcados Unlikely To Reopen Until May 2016 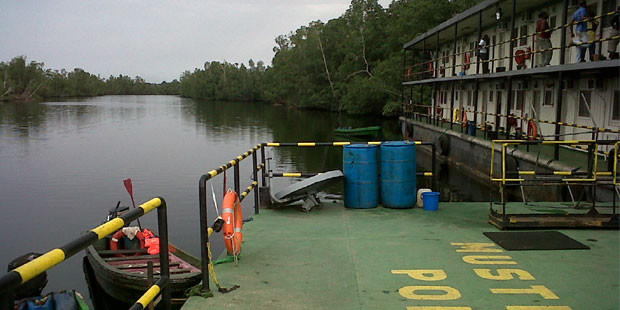 ‘Many have questioned Shell’s urgency to fix the damaged pipeline’

About 250,000Barrels per day of Nigerian crude will likely remain shut out of the market until May 2016, as Anglo Dutch major Shell dithers on what to do about repairs of an underwater pipeline linked to the Forcados export terminal.

The 4.7kilometre, large diameter (48”) pipeline, located in water depth of six metres, was blasted by military grade explosives in early February 2016. Shell believes it was the work of militants.

The resulting 2.5metre gash in the pipe created the crude oil spill initially observed in the water around the terminal on Sunday February 14, 2016.

Shell declared force majeure on February 21, as the leak forced it to halt loadings to the export platform.

But more than a month later, Shell had not awarded the repair contract for the pipeline as of close of business on Thursday, March 24, 2016, so time line for the completion of the repair and resumption of evacuation of crude are uncertain.

On the surface, this is contrary to Shell’s own chest beating claim in its 2014 annual report, namely that it had mitigated the impact of sabotage on its facilities with proactive measures and had declared force majeure only once in 2014 compared with four times in 2013.

“The Shell operated joint venture is not producing more than 80,000BOPD into the 400,000BOPD capacity Forcados Terminal”, some industry analysts argue, “so the work is not compelling”.

Shell has all but left the Western Niger Delta, whose oil fields evacuate their crude into the Forcardos terminal. The company divested from its largest seven acreages in that part of the basin between 2010 and 2013, selling its equity to six Nigerian independents.

This particular subsea attack raises the militancy issue by several notches higher than the normal. Ordinarily, it is the onshore crude oil pipeline, which transports crude from oil fields to the terminal that is the frequent target of both militants and oil thieves. Shell no longer owns or operates the pipeline, christened Trans Forcardos Pipeline (TFP), as it was sold as part of the divestment of the Oil Mining Lease (OML) 30 to Shoreline Resources in 2012.

Shell, however, still co-owns the Forcados Terminal, in Joint Venture with NNPC, TOTAL and ENI. It also operates the facility, through which six Nigerian companies: Seplat, Shoreline Resources, ND Western, Neconde, Elcrest and FHN, all in joint venture with NPDC, collectively export about 160,000BOPD.

It is these companies who are hurting the most. “Many have questioned Shell’s urgency to fix the pipeline”, says a ranking official of one of the six companies. “We are looking at alternatives to barge our crude”, explains another official, in another company. Shell’s spokesmen did not respond to queries.