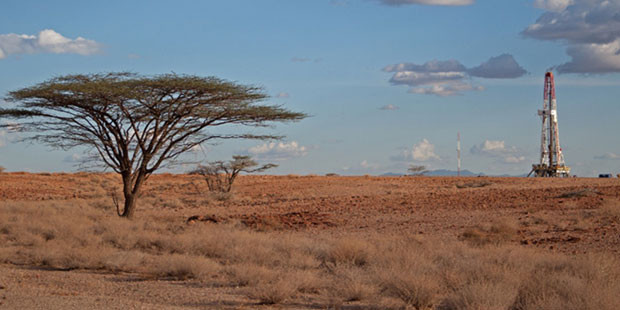 The phrase: ‘Strong Oil Shows’ do not mean a discovery

Tullow has plugged and abandoned the new field wild cat Cheptuket-1 in Block 12A onshore Kenya.

The well, drilled by PR Marriott Rig-46, had “good oil shows”, a way of saying it is non-commercial. But Tullow and its partner, Africa Oil say the well wasn’t drilled for commercial success.

The companies refrained from using the term ‘Discovery’, because  the well didn’t encounter a single commercial pool of oil. However, by claiming that Cheptuket-1 had ‘strong oil shows’, a phrase unknown in exploration lexicon, they led the energy media to interprete it as a discovery. Read what Tullow and Africa Oil said about the well: “The objective of the well was to establish a working petroleum system and test a structural closure in the south-western part of the basin. The strong oil shows(emphasis ours) encountered in Cheptuket-1 indicates the presence of an active petroleum system with significant oil generation and represents the most significant well result to date in Kenya outside the South Lokichar basin. Post-well analysis is in progress ahead of defining the future exploration programme in the basin”. Cheptuket-1 is the first well to test the Kerio Valley Basin and was drilled to a final depth of 3,083 metres”.

It is clear that Tullow and Africa Oil’s geoscientists are trying to say that the result of this well has given hints on better prospects elsewhere in the Kerio Valley, but there’s not even a guarantee that it has significantly de-risked the basin, otherwise the partners would have said so. The report on Cheptuket is, geologically misleading.

« Nigeria: Marginals Are More Prominent on the Rig site Than Other Players
With One Disappointing Well, Dana Can Justify Its Retreat from Africa »