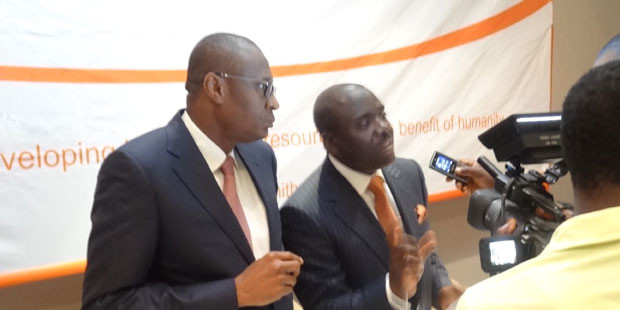 The three Nigerian independents that emerged on the final list of bidders for Uganda’s six-block licencing round are the only proven oil producers among the seven firms from four countries.

WalterSmith Petroman Oil, Oranto Petroleum International Ltd and Niger Delta Petroleum Resources Ltd, have been in the business for a total of 50 years aggregate. They have equity daily oil production ranging from 3,000BOPD to 11,020BOPD.

In contrast, the remaining four, including Armour Energy Limited of Australia, Rift Energy Corporation of Canada, Glint Energy LLC of USA and Swala Energy Ltd of Australia, are rookies in the E&P business. None of these International Oil Firms has a barrel of oil to its name.

Rift Energy entered into the industry through Kenya in 2012. Its only asset anywhere is the country’s L19 Block, which it hasn’t even drilled. Glint Energy is a novice Texas based company which claims it is “targeting” assets in North America, South America, Middle East, Democratic Republic of Congo, Eritrea, Republic of Congo, Sudan, Uganda and Gambia. Its inelegantly designed website doesn’t say how far it has gone in accessing assets in any of these “targeted” countries. Swala Energy is quite vocal about its operations. It has assets in Kenya and Tanzania, all of them in exploratory stages.

The closest of these four Western independents to hydrocarbon production is Armour Energy, which has three assets in Australia and signed an agreement to purchase a small gas producing property in that country in 2015. That deal has not yet been consummated.

Among the trio from Nigeria, the most experienced is Niger Delta Petroleum Resources (NDPR), which has produced from the Ogbele Field in eastern Nigeria since August 2005. In 2015, it averaged 3,284Barrels of Oil Per Day (BOPD) in this marginal field. It also owns 41.7% of NDWestern, the consortium that holds 45% equity in Oil Mining Lease (OML) 34, in the country’s mid-west. This property entitled NDPR to 1,932BOPD of oil and around 60MMscf/d of gas on average in 2015.

NDPR, on its own, runs a modular crude oil refining plant, which converts 1,000Barrels of crude into 120000litres of diesel everyday. It also operates a natural gas processing plant which produces around 40Million standard cubic feet of gas every day (MMscf/d) into the Nigerian Liquefied Natural Gas (NLNG) system. NDPR has a pan African agenda; prior to the Ugandan bid, it had signed an agreement for a joint venture with Nile Petroleum Corporation, the South Sudanese state hydrocarbon company, to “fully monetize and commercialize the entire Gas Reserves of The State of South Sudan”.

Waltersmith Petroman, meanwhile, has produced from the Ibigwe marginal field in Nigeria since 2008. In 2015, it averaged 3,330BOPD, according to a well head report by the Nigeria National Petroleum Company (NNPC). The company is, like NDPR, working on investment in a small refinery and gas processing plant. It also, like NDPR, is a partner in the NDWestern consortium, WHERE IT HOLDS 8% equity.

Oranto Petroleum, which is sometimes called Atlas Oranto Petroleum, is the weakest link in the Nigerian chain. It supposedly operates the Oil Mining Lease (OML) 109 in its home country, although the real work is done by a technical partner. The Ejulebe field, the only producing field in the block, averaged just about 380BOPD in 2015. Atlas Oranto has done better outside Nigeria though. It holds 29% non-operated equity in Equatorial Guinea’s Block I, which is operated by Noble Energy. That equity entitled it to 11,020BOPD from the Aseng field, the Block’s only producer, in 2015. What is not clear is how much volume the company was entitled to lift, as it is a carried partner.

The Ugandan Government will conclude the licensing round by negotiating with successful bidders, sign Production Sharing Agreements and award Exploration licenses by the end of June 2016.