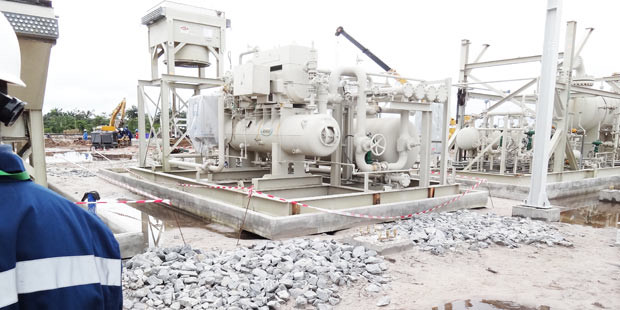 Quantum Power has reportedly pulled out, citing a clause in the bid document that it disagrees with.

The assets in Oando Gas & Power’s kitty include (1) Central Horizon Gas Company (CHGC), the special purpose vehicle (SPV) set up to rehabilitate and expand the distribution of natural gas in the Greater Port Harcourt Area, Rivers State located in South-South region of Nigeria; (2) Gaslink Nigeria Limited, the franchise under which Oando distributes natural gas in the greater Lagos area. Gaslink operates a 20 year Gas Sale and Purchase Agreement (GSPA) with the Nigeria Gas Company and is the pioneering indigenous Nigerian firm in the piping and distribution of natural gas to industrial, residential and commercial consumers.

Gaslink has executed the construction of about 100km of natural gas pipeline distribution network from the Nigerian Gas Company city gate in the industrial suburb of Ikeja in the north of the city, to cover industries in (mainly) Ikeja and Apapa (in the southwest of the city). Gaslink currently delivers over 60MMscf/d of gas to over 150 customers on its grid, with the capacity to deliver up to 100MMscf/d and (3) Gas Network Services Limited (GNSL), operator of a Compressed Natural Gas (CNG) facility, also in Lagos. GNSL serves the growing energy demand of customers unable to access gas pipeline supply in the Lagos area and environs.

Its first (and so far only) CNG Mother Station is designed for an initial output capacity of 150,000 standard cubic meters per day (SCMD), equivalent to 10MMscf/d, at a discharge pressure of 250 barg, and can serve customers within a 200km radius.

Oando has been busy selling parts of the Gas and Power business, the last being the sale of the Power plants at Akute and Alausa in the north of Lagos.

OUT OF THE THREE BIDDERS, Oando has done business with Helios. Last June, Oando Plc agreed to sell 49% of the voting rights and 60% of the economic rights in its downstream businesses to HV Investments II B.V., a joint venture owned by a fund advised by Helios Investment Partners and The Vitol Group, for circa $276 million”.

The agreement also said that the remaining 51% of the voting rights would be held by Oando and a Nigerian Helios Affiliate in the ratio of 49%:2%, respectively. Meanwhile Quantum Power is an aggressive energy company, involved in the purchase of the (newer) Geregu Power Plant located in the North of the country. It also just signed heads of agreement with Ghana’s state hydrocarbon company GNPC, to export 3.4 MMTPA of LNG into the country.

This piece is a slight update from the one originally published in the Vol 17, No. 1, 2016 edition of the monthly Africa Oil+Gas Report.