With One Disappointing Well, Dana Can Justify Its Retreat from Africa 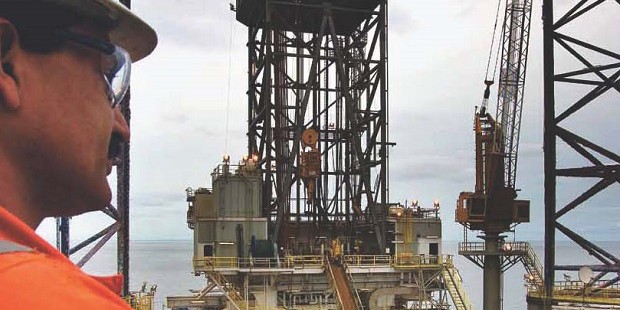 Dana Petroleum was winding up its portfolio in Africa, with the exception of Egypt, as of the time it drilled Manatee-1, in Cameroon’s Bakassi West Permit, in March 2016.

The well encountered some gas shows, and although the result derisks the 12 other prospects and leads in the permit, the site of Manatee-1 remains the most optimum on the acreage’s play map.

Although the permit is in the Cameroonian segment of the prolific south east offshore of the Niger Delta, Manatee-1 was drilled on two dimensional (2D) data, acquired in early 2014, two years after Dana Petroleum won the licence. The U.K.-based subsidiary of South Korea’s state-owned KNOC had pulled out of Mauritania and Guinea but was committed to Manatee-1 as an obligatory exploration well.

Drilled with the jack up Paragon M825, Manatee-1 reached total depth of 1,447 metres, intersecting 26metres of gas bearing section of varying quality throughout the wellbore. “Wellbore conditions did not permit the acquisition of a full suite of logging tools in the deeper sections of the hole which makes the analyses of these lower intervals inconclusive at this time”, a press release on the well indicated. ”Additional technical work will be completed with the samples and material collected from the well to improve the understanding of their quality in a post well analysis”, the release explained.

Dana Petroleum holds 55% participating interest in Bakassi West, with two Canadian minnows SDX Energy and Soft Rock Oil Co Ltd, holding 35% and 10% respectively. “The secondary objective was to see whether we could make a commercially viable gas discovery”, notes Paul Welch, Chief Executive of SDX Energy, the 35% partner. “At this stage it is too early to quantify the Manateee-1 gas potential

and our technical team will be working closely with our partners to evaluate the well results to determine if the gas volumes on the block have commercial potential”. SDX may be keen on staying in West Bakassi, but Dana Petroleum prefers to focus on Egypt as its preferred country of interest in Africa. The three other countries that the company has interests are entirely on the North Sea: the UK, Norway and the Netherlands.