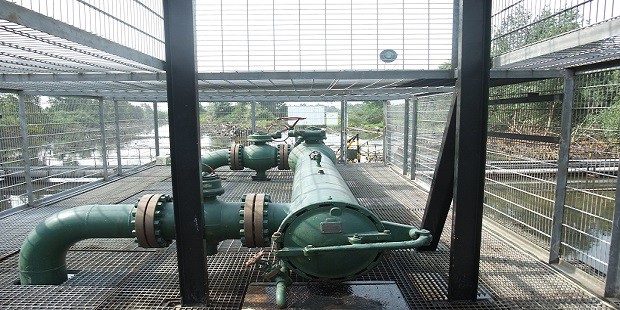 Every now and then, a siren call rings out, threatening that the proposed “Dash For Gas “ in South Africa is about to start.

The latest buzz is the cooperation agreement between four companies, including ENH, the Mozambican  state hydrocarbon firm, China Petroleum Pipeline Bureau a constructor, SacOil Holdings, a JSE listed E&P company and Profin, a private equity broker, for the construction of a second pipeline project to transport natural gas from Mozambique to South Africa.

This deal, for a 2,600km pipeline from the Rovuma Basin to Gauteng, was announced in early March 2016, around the same time that South Africa’s Petroleum regulatory agency, PASA, reported it would give the green light in the next 12 months to companies looking to explore for shale gas under the country’s semi-arid Karoo basin.

For optimists, it is about time. Africa’s largest electricity consumer is potentially the continent’s largest market for natural gas.

But insinuations about an imminent natural gas market in the continent’s most industrialised economy have been around for at least a decade, without the market really taking off. Lack of elite consensus has aided Government inaction to feed the lethargy.

South Africa has witnessed a series of stops and starts on the road to the domestic natural gas market. In 2009, PASA awarded a Technical Cooperation Permit to Shell to determine the Shale Gas potential in parts of the country’s Karoo Basin.  A year after, Shell applied for three exploration licences. PASA asked Shell to prepare an Environmental Management Plan (EMP) to back the application.

And just as Shell embarked on a series of public consultations for the EMP in 2011, a host of activist, ‘Not in My Backyard’ (NIBY) groups intervened, citing lack of water in the Karoo region and toxicity of fracking chemicals, to call for a halt  in exploration in the Karoo. Government promptly announced a 12 month moratorium on the licencing process until a full study was carried out on these environmentalist concerns.

Meanwhile, talk of the publication of a Gas Utilisation Master Plan GUMP, has been just that: Talk.  Authored by the Department of Energy, GUMP is meant to analyse the potential and opportunity for the development of South Africa’s gas economy and set out a plan of how this could be achieved. A key objective is to enable the development of indigenous gas resources and to create the opportunity to stimulate the introduction of a portfolio of gas supply options.  It was widely advertised that GUMP would be presented for public debate in June 2014. That date came and passed and close to two years later, GUMP still hasn’t been published.

Some distinguished commentators have argued that promulgation of GUMP before extensive commercial discoveries of gas in South Africa would be premature. Several international oil and gas players have licences to acreages offshore South Africa. “Why don’t you allow them to drill a number of wells, book some reserves, before you start a debate about how the resources would be utilized?”, note some analysts, including Standard Bank experts Paul Eardley -Taylor and Nicholas Green.

While Karoo gas exploration remains far-fetched, International oil companies have given signals that they will not move rigs to the prospective deep-water sites if the passage of the Mineral and Petroleum Resources Development Act (MPRDA), which has been in the parliament for ten years, is not concluded. One of the clauses in the bill that IOCs are challenging is one which entitles the state to a 20% free carry in exploration and production rights and an ‘uncapped’ further participation clause allowing the state up to 80% at an agreed price or under a production sharing agreement.

SOME OF US ARE CONVINCED THAT South Africa is industrialised enough to absorb billions of cubic feet of natural gas when they flow into the economy. The government, however, is not so sure.  “A challenge in developing the gas sector is to bring gas demand and supply on stream at the same time and spread geographically to stimulate broader localised demand through South Africa”, the Government says on its Independent Power Projects (IPP) website.

And yet the Gas to Power Programme doesn’t come across as being driven with the urgency that government’s own statement insinuates. Requests for Information (RFI) to companies who’d want to invest in constructing power plants utilizing gas went out 15 months ago.  “Ministerial Determinations require that 3126MW of baseload and/or mid-merit energy generation capacity is needed from gas-fired power generation to contribute towards energy security”, the government says. “The gas required for such power generation will be from both imported and domestic gas resources”.  This process too has been slow.

The largest gas-fired power plant in South Africa today is the Sasol owned and operated 175MW plant, located in its own premises in Sasolburg, and used for its own electricity needs. What should have been a silver lining is the announcement that the Australian independent, Sunbird Energy has a termsheet agreement with Eskom, the state electricity utility, to supply Ankerlig Power plant, one of Eskom’s diesel guzzling gas cycle turbine facilities, with 30Billion cubic feet a year for 15 years, from the Ibhubesi Gas field, the country’s largest undeveloped proven gas field. But Sunbird is currently broke and too fragile to raise the $1Billion required to develop the field and deliver the gas to Ankerlig. Sunbird is in the process of selling off all its African projects including Ibhubesi, to a consortium of South African firms.  Equally cash strapped is Eskom who will struggle to convert Ankerlig from diesel to gas-fired and then pay for the gas.

While gas to power is the easiest route to market for natural gas, there is a long list of alternative options to monetize gas, especially in a country with such a manufacturing base as South Africa. In their seminal 2013 paper,  Standard Bank experts Eardley -Taylor and Green list Gas to Industry (GTI),  for manufacturing; Gas to Liquids (GTL), Gas for Transportation (CNG fueled transport for example)  and Gas To Communities as other routes

The problem, they argued, was that discussions around infrastructure to transport the gas in country weren’t even being had. “What is the central policy instrument through which the gas infrastructure will be developed and funded?, they asked. The answer, for all of the last three years, has been blowing in the wind off the Cape Agulhas.