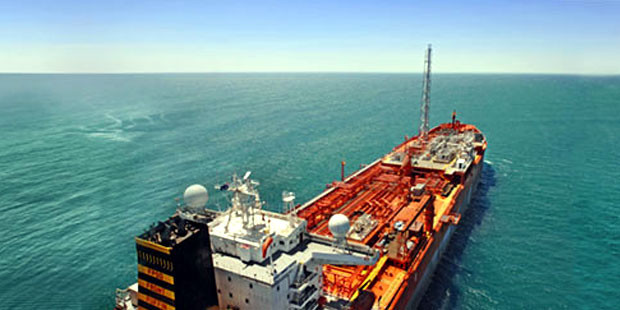 Nigeria has started the first commercial crude oil production outside the Niger Delta. First oil production commenced from the Aje field, in Oil Mining Lease (OML) 113, located in the Dahomey (Benin) Basin, offshore Lagos, on May 3, 2016.

Although Aje production is from a small oil rim of an essentially gas rich field, and is unlikely to deliver more than 12,000Barrels a day at peak, in a production period spanning at most 15 years, its commissioning is symbolic,in the 60th year of commercial oil discovery in the Niger Delta.

Nigeria has produced all its crude from the Niger Delta basin in the south of the country for 58 years. In the last 20 years, however, that production has been fraught with severe challenges, as recurring violence becomes part of the mainstream national conversation. The shut in of 250,000Barrels of oil a day due to the breach of the Trans Forcados System via a military grade attack on a subsea pipeline last February, is the latest evidence that unimpeded production in the basin cannot be guaranteed.

Aje is an offshore field located in OML 113 in the country’s offshore western flank, in what is known as the Dahomey Basin, a rift basin considered part of the West African Transform Margin, which includes basins in Ghana, Cote d’Ivoire, Sierra Leone and Liberia. Partners in the asset include Yinka Folawiyo Petroleum, New Age, Energy Equity Resources, Panoro Energy and Jacka Resources (whose interest is linked to a company named MXO, which is trying to divest).

“Subsea installation activities had been underway at Aje since January and were completed in early March ready for the hook-up of the Front Puffin FPSO, which arrived in Nigeria on the 16th of March”, according to Panoro Energy, a minority partner in the project .

“Oil produced from the Aje field will be stored on the Front Puffin which has production capacity of 40,000 barrels of oil per day and storage capacity of 750,000 barrels”, the London based, Oslo listed junior explains.

“Flow rates will be provided in Panoro’s next operations update, following a period of commissioning and well stabilisation”, the minnow adds.

Whereas there is another commercial discovery in the Dahomey Basin, notably the Lekoil-operated Ogo Field, there has not been rigorous exploration of this petroleum system and the likelihood that Dahomey will rival Niger Delta at any time for Nigeria’s crude output, is far-fetched.

Still, there is clear government recognition for “diversity” in basinal crude oil output. Last week, Ibe Kachikwu, the nation’s minister of state for petroleum and Group Managing Director of the hydrocarbon company NNPC, said that part of his priority lies in finding oil in the Chad Basin, in Nigeria’s insurgency ravaged northeast.

Aje field is situated in water depths ranging from 100 to 1,000 metres about 24 km from the coast. The field contains hydrocarbon resources in sandstone reservoirs in three main levels – a Turonian gas condensate reservoir, a Cenomanian oil reservoir and an Albian gas condensate reservoir.  Panoro says that “AGR TRACS International calculated the gross Cenomanian oil Proved plus Probable Reserves estimate associated the Aje-4 and Aje-5 wells, and the gross Contingent Resources estimate associated with the future drilling of Aje-6 and Aje-7 wells.

At that time AGR TRACS International calculated these as 23.4MMbbl and 15.7MMBbl respectively (on a gross basis), indicating a mid-case expected ultimate recovery of 39.1MMBbl from the Cenomanian Oil Reservoir once all four wells have been drilled.   AGR TRACS International also calculated the Turonian gas and condensate/oil best estimate gross contingent resource as 163MMBOE.