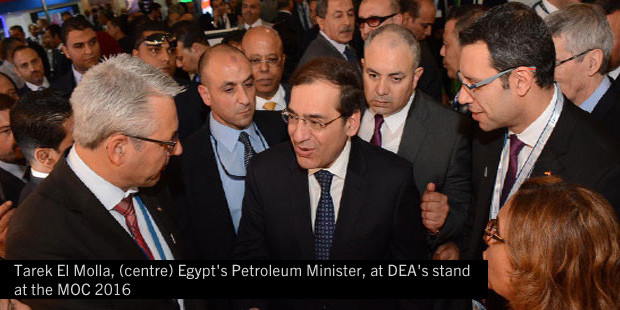 Egypt is the flavour of the month for investment in upstream hydrocarbon development.
With less volume of hydrocarbon in place than Nigeria, Angola or Algeria, it has, in the last two years, hosted decisions by two oil majors for fast track gas-field development. The world’s top service companies are queuing up for projects in the country.
ENI has awarded contracts to Aker Solutions for extraordinarily long umbilicals, and to OneSubsea to supply subsea production systems for the development of the giant Zohr, discovered in deepwater Mediterranean just 10 months ago.
BP, announced on June 20, 2016, it had received the green light to fast track the development of the Atoll gas field, discovered just about 15 months ago. The structure is located in the North Damietta Offshore Concession in the East Nile Delta. First production is anticipated to begin in 2018, from an estimated 1.5 trillion cubic feet (Tcf) of gas resources and 31 million barrels (MMbbl) of condensates in the Atoll field. An early production scheme will bring up to 300 million cubic feet a day (MMscf/d) gross of gas to the domestic market.

Meanwhile, ENI is expected to spend $6-10Billion on the first phase to get Zohr onstream by 2018, with expectations that its production will ramp up to reach 2.7Billion cubic feet per day in 2019.
It’s clear that the discovery of Zohr, right in the beginning of the low price era, was more of fate than nurture, but geologic luck aside, Egypt has invited investment largely because of its very liberal policies.
The country has gradually increased prices it agrees to pay gas producers. The International Energy Agency reports that ENI will be paid between $4 and $5.90/Million Btu for gas most of which will be sold on the domestic market. This is higher than the $3-$4.10/Million Btu agreed by the state hydrocarbon firms with BP/DEA in 2015 on the 1.2Billion cubic feet per year West Nile Delta offshore gas project, due to start 2017.