AFW Will Engineer The Platform for Mozambique’s First Oil 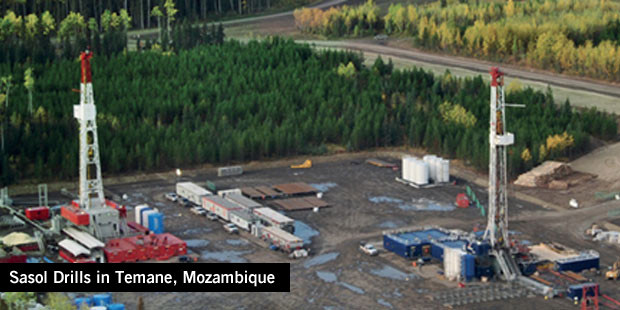 Sasol has awarded the contract for detailed design and engineering for surface facilities for Phase 1 Tranche 1 of its Production Sharing Agreement (PSA) development in Temane, 600km north of Maputo in Mozambique.

The job, which will lead to development of the first oil production facility in the country, went to Amec Foster Wheeler.

“The scope of work and contract is for a new integrated oil, liquefied petroleum gas (LPG) and gas project, including flowlines for the fields, located adjacent to Sasol’s and its partners’ existing Temane Central Processing Facility”, Amec Foster Wheeler(AFW) said in a statement.

Sasol has been producing and exporting gas from Mozambique to South Africa since 2004, under a Petroleum Production Agreement (PPA) licence. The PSA licence is adjacent to the producing PPA licence, but the PSA development is more than just gas: it is an integrated oil, Liquefied Petroleum Gas (LPG) and gas project.

The licence area is generally a gas zone, with an oil rim. It is the development of the oil rim, however, that excites Mozambique officials the most. Sasol may produce in excess of 4,000BOPD for a sustained period of time from the onshore field in Inhassoro, in the country’s coastal Inhabane Province, checks by Africa Oil+Gas Report  indicate.

Sasol commenced drilling the wells in this licence on May 29, 2016,with an SMP drilling rig, marking the beginning of the first phase of the Field Development Plan; the delineation and initial development of the Temane G8, Temane East, Inhassoro G6 and Inhassoro G10 reservoirs. Thirteen production wells will be drilled (including a water disposal well) during this initial phase, while oil and LPG production facilities will be installed close to the existing Central Processing Facility (CPF), which is in the PPA licence. There are already four gas processing trains in this facility. A fifth train will be installed at the CPF to process the additional gas.

Amec Foster Wheeler had previously completed the early engineering works for the project including the development of a Local Content Plan which produced a comprehensive plan to maximise the use of local Mozambican suppliers, contractors and labour during execution of the project.