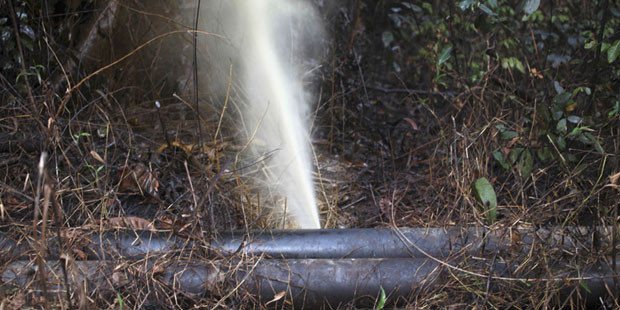 The Niger Delta Avengers (NDA), by breaching a section of the Shell Nigeria operated Trans Forcados System on June 2, 2016, have not impacted the on-going repairs of the offshore Crude Loading Line,which was pierced last February.

“What they have sabotaged is an onshore section of the pipe”, says an executive of one of the companies pumping crude into the TFS. “This is a regular occurrence and can be fixed in a short time while the main repair continues”.

The repair of the 48” Crude Loading Line is being undertaken by Nigerstar 7 and was initially scheduled to be completed by end of May 2016. Shell has since formally stated that it cannot put a definite date on when the repairs would be completed, as the job of fixing an undersea pipeline is more technically complex than the routine repair of onshore lines. Officials, however, note that the line can be commissioned before the end of June 2016.

« Aker: Our Longest Umbilicals System Will Be Deployed in Egypt
Niger Delta Avengers: Is Buhari Blinking? »