Isabel’s The New Sonangol Chief, But She Won’t Succeed Her Father 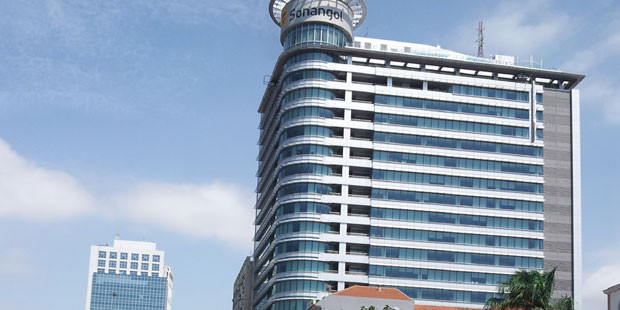 Indeed, Ms. Dos Santos’ takeover of the company from the dour Francisco de Lemos José Maria comes after her recent job as head of the commission on the restructuring of the entire oil sector, including Sonangol. As she has been handling assignments of increasing responsibility in the last two years, she has been wielding more influence in the polity.

But any postulation that Isabel, married to the Congolese millionaire Sindika Dakolo, is on a trajectory that shoots her in clear succession to her father, is an indication of a poor understanding of Angolan politics.

President Jose Eduardo do Santos’s successor will be known in August 2016, when the Movement for the Popular Liberation of Angola (MPLA), the liberation party that has held the reins of power since 1975, elects a new leadership. Whoever is elected Vice President at that congress will be the running mate of Mr.dos Santos as he contests for general elections in 2017. Per the terms of the constitution, he will hand over to that person when he relinquishes power in 2018. That candidate is likely to be Manuel Vincente, the current Vice President.

Vincente may look a little out of reckoning now, with the searchlight beaming at Angola’s management of its oil industry in the boom years, but he has used the 40 months of his Vice Presidency to smoothen the jagged edges of his relationships with the most influential elements within the armed forces and the MPLA.

Isabel dos Santos’ growing political profile certainly complements her vast business credentials, but the MPLA-Angolan army alliance will vote down the possibility of her ascendance to the state house in Luanda. The same fate is due to her brother, José Filomeno, who has managed Angola’s $5Billion sovereign wealth fund since 2013. It’s not so much about the wishes of the masses of Angola, who are deeply distrusting of the President’s children, as it is about the unwillingness of the MLA apparatchik to allow a dynastic succession. Angola may be a hydrocarbon economy, but it is neither Gabon nor Equatorial Guinea.

The whittling of influence of Vice President Manuel Vincente within the Angolan ruling class is overstated. Vincente ran Sonangol for 13 years before his promotion to the Vice Presidency in 2012. This 60 year- old engineering graduate of the AgostinhoNeto University understands the importance of human relationships in the use and exercise of power. And President Dos Santos does not regard Vincente as corrupt the way the Western world and the Angolan opposition groups understand the term “corruption”.

He is more trusting of Vincente, in protecting his interests when he leaves power, than any of the candidates being indicated in the Western media: Minister for Welfare and Social Affairs Antonio PitraNeto, Minister of Territorial Administration Joao Lourenco and Defence Minister Bornito de Sousa.

This story is an update of a feature piece entitled: Post Dos Santos’ Angola: Isabel or Manuel?, which appeared in the Vol 17, No 3 2016 edition of the Africa Oil+Gas Report.