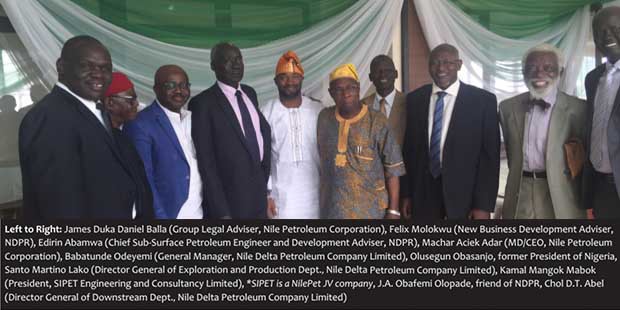 Nigeria’s department of Petroleum Resources, the regulatory agency, rolled out a warm welcome for the board of directors and executive management of Nile Petroleum and Gas Corporation Nile  Pet, South Sudan’s state hydrocarbon company, who were on a working visit to the country.

The South Sudanese had gone to Nigeria for a quarterly meeting of the Nile Delta Company Limited (Nile Delta), a joint venture between the Nile Petroleum and Gas Corporation and a Nigerian independent named Niger Delta Petroleum Resources NDPR. 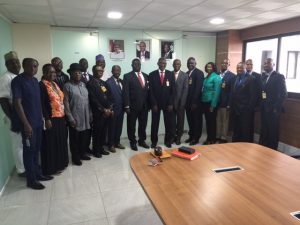 NILEPET DELEGATION POSES WITH THE ENTIRE EXECUTIVE MANAGEMENT OF THE DPR

The Nile Delta Petroleum Company Limited (Nile Delta) was established in 2013 by NilePet and NDPR, on a 51:49 percent ownership split, for the purposes of optimizing crude oil production in the light of production performance challenges observed in the South Sudan oil and gas sector. It was NilePet’s first Pan-African joint venture, and it was created only after NilePet had sent its staff to Nigeria to observe firsthand, how gas flare-out and other operations at NDPR’s Ogbele Integrated facility were achieved with wholly Nigerian staff.

The two-fold mandate for Nile Delta thus agreed by both parties are:

Nile Delta was officially incorporated on the 16th of April 2015 in accordance with the South Sudan Companies Act of 2012. 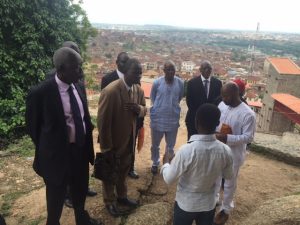 THE SOUTH SUDANESE, WITH THEIR NIGERIAN HOSTS, ON TOUR OF OLUMO ROCK

Tunde Odeyemi, General Manager of the joint venture company Nile Delta, who also flew into Lagos, Nigeria from Juba in South Sudan, said the first four board meetings had been held in Juba. This fifth was the first to be held in Lagos, which “provided a unique opportunity for several strategic visits, including an inspection of the Niger Delta Petroleum Resources’ Ogbele Oil and Gas Field, during which the MD of Nile Delta, Mr. Machar Aciek Adar, was particularly impressed by the success of NDPR’s Mini Refinery, and committed his team to developing a similar concept in South Sudan”.

The visitors also paid a courtesy call on Olusegun Obasanjo, former President of Nigeria, in Abeokuta, a quiet city located to the west of Lagos.

« Vandalism: Baru Pursues the Military Option
Kenya Will Construct Own Pipeline to Market »