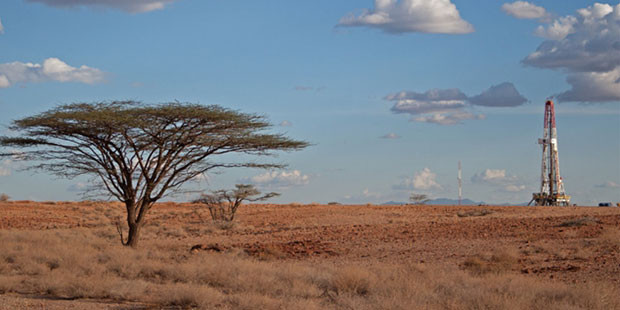 The initial programme comprises of four wells and there’s potential to extend this by a further four wells.

“The first two wells will be the Etete and Erut prospects in the north of South Lokichar basin”, reports Africa Oil, a Canadian minnow who is one of the three partners in the JV. “Other potential prospects in the programme include further appraisal of the Ngamia and Amosing fields to target un-drilled flanks, with an aim of extending the size of these existing discoveries.

In addition, the Joint Venture is planning an extensive water injection test programme in the fourth quarter of 2016 to collect data to optimise the field development plans. Africa Oil holds a 25% interest in Blocks 10BB and 13T”.

The Joint Venture Partners received a three year extension to the Second Additional Exploration Period for a period of three years (expiring 18 September 2020) on Blocks 10BB and 13T.

“Outside of the South Lokichar Basin, the result from the basin opening Cheptuket-1 well in the Kerio Valley Basin in Block 12A was announced in March 2016. The well encountered good oil shows, seen in cuttings and rotary sidewall cores, across an interval of over 700 metres and post-well analysis is still in progress.

A FTG survey over Block 12A commenced earlier this month to gain further data on this prospective area. Further exploration activities in Block 12A and Africa Oil’s other remaining unexplored acreage, continue to be evaluated. Africa Oil holds a 20% interest in Block 12A”.