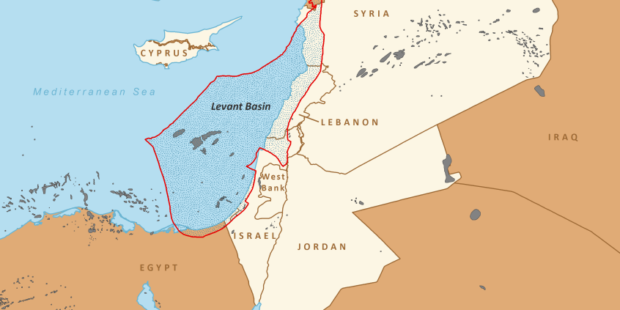 The gas will be flowing from the 16 trillion Cubic feet Leviathan field, located in the Mediterranean Sea, off the coast of Israel.
The execution of a gas sales and purchase agreement (GSPA) to supply natural gas for consumption in power production facilities, follows a previously-announced agreement with the Jordan Bromine Company and the Arab Potash Company, which will establish first gas exports to Jordan from the Tamar field (also in Israel), in late 2016.

So there, it is official; Israel has effectively replaced Egypt as provider of gas to Jordan.
Until 2012, Egypt was exporting gas to both Jordan and Israel, a situation established as Egypt found itself an oasis of gas riches in what was then an energy starved neighbourhood. But by 2013, the arrangements were becoming tenuous: Egypt had overreached itself in local demand and was beginning to import expensive gas while exporting subsidised gas, costing it $2Billion annually, to Jordan, while struggling with its own energy crisis.

Around the same time, a heated national debate in Egypt over the gas export contract with the Israel Electric Corporation, aided by militant bombings of the export line to Israel culminated in the Egyptian Government’s cancellation of the contract to supply gas to IEC. Egyptian supply to Jordan came to a halt as a consequence of repeated bombings of the export line by Bedouin Arab militants in the Sinai, which the Egyptian government could not stop.

The Tamar (7Tcf) and Leviathan gas fields were discovered off Israel in 2009 and 2010 respectively, but they needed to be appraised and proven.
Under terms of the GSPA between Noble Energy and the Leviathan partners and NEPCO, the former will supply a gross quantity of approximately 1.6Trillion cubic feet (Tcf) of natural gas from the Leviathan field, or 300 million cubic feet per day (MMscf/d) over a 15-year term.  The buyer has an option to purchase an incremental 50 MMscf/d for a total of up to 350 MMscf/d. Neither Noble and partners nor NEPCO has indicated precisely how much is being paid for the gas, per Mscf. “Natural gas supplied under this agreement will include industry-typical take-or-pay commitments, with pricing linked to Brent oil and a firm floor price,” Noble Energy notes in a release.  “Gross contract revenues are estimated to be approximately $10Billion”.