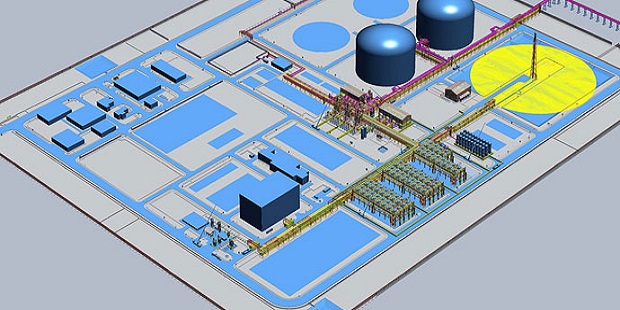 A consortium led by French major TOTAL has been awarded the rights to build and operate a liquefied natural gas (LNG) re-gasification terminal in Ivory Coast with a capacity of three million tons per year (3MMTPA).

The decision announced by the Government of the Ivory Coast on October 4, 2016 was followed by the signature of the shareholders’ agreement in Abidjan between TOTAL, which will operate the project with a 34% interest, national companies PetroCI (11%) and CI Energies (5%) as well as SOCAR (26%), Shell (13%), Golar (6%) and Endeavor Energy (5%).

TOTAL will use the terminal to supply LNG volumes from its global portfolio in proportion to its participating interest in the project. The re-gasification terminal project is expected to become operational by mid 2018.

“This project illustrates TOTAL’s strategy to develop new gas markets by unlocking access to LNG for fast-growing economies. Working closely with our partners enabled us to put together an integrated proposal combining LNG supply and import infrastructure through a floating storage and re-gasification unit,” said Philippe Sauquet, the company’s President Gas, Renewables and Power. “We are very pleased to have been selected by the Ivorian authorities to manage this project, which will meet growing domestic and regional needs for gas and power.”

The project involves the construction of a terminal with a floating storage and re-gasification unit (FSRU) in Vridi, Abidjan area, and a pipeline connecting the FSRU to existing and planned power plants in Abidjan, as well as to regional markets connected to the Ivorian network. This will enable Ivory Coast to become the first regional LNG import Hub in West Africa, and to meet both regional and domestic demand.