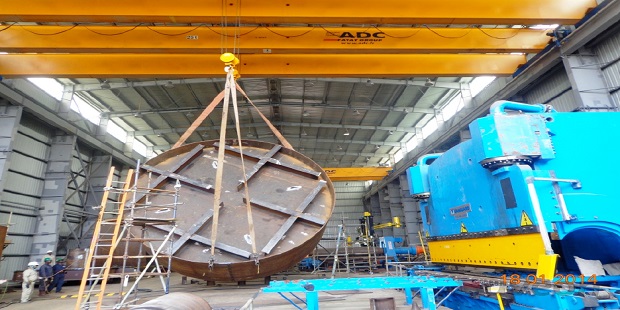 Aveon Offshore, the Nigerian engineering and fabrication services company, says it has successfully completed fabrication of six Foundation Support Structures and loaded out these components in respect of the Egina Subsea Production System (Egina SPS) project. The load out and sail away of these structures occurred at the end of November 2016.

The Egina oil field is being developed by TOTAL Upstream Nigeria (24%) in partnership with CNOOC (45%), Sapetro (15%) and Petrobras (16%). Egina is the French major’s third deep offshore development in the West African country. Production is scheduled to begin in 2018.

Aveon Offshore, who was awarded part of the subsea contract by the American oil service company FMC Technologies, says it has already delivered some of the project scope including sixteen Umbilical Termination Boxes and subsea tree fabrications (Frames, Permanent Guide Base and Gasmats) throughout 2015 and 2016 and assures that “the fabrication of remaining subsea tree fabrications will be completed for delivery by the end of the 1st Quarter of 2017.

The fabrication of six Manifolds is also close to completion which will allow delivery during the first half of 2017 together with five completed Subsea Distribution Modules. Twenty one multibore production well jumpers will be delivered throughout 2017 and 2018”.

Aveon Offshore’s contract, awarded in 2013, was for the fabrication and load-out of approximately 5,000 tons of subsea structures including six manifolds with associated Suction piles, various subsea tree frame elements, jumpers and control systems for the Egina Project.

The project is being executed at Aveon Offshore’s 300,000 Sqm fabrication yard in Rumuolumeni near Port Harcourt.

In order to accommodate the workload generated by the project, capex investment was made by FMC Technologies and TOTAL, to upgrade Aveons’ site in Rumuolumeni. As a result a dedicated Carbon Steel workshop, Duplex welding facilities and Painting workshops of over 8,000 sqm, Electrical power and distribution and more were added to the yard’s existing infrastructure and existing premises such as Quayside were completely reinforced. The project has generated more than 3,000,000 productive man-hours in the last three years.