Cote d’Ivoire Gets Close to $700MM Loan From IMF 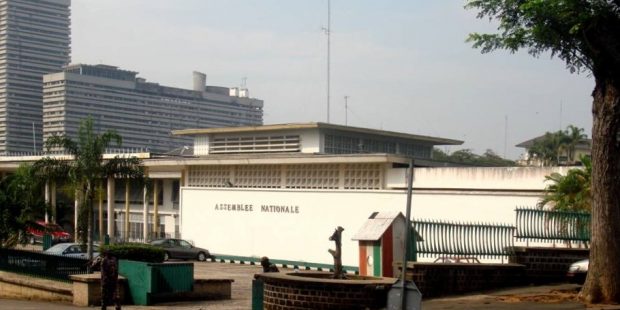 “builds on the solid performance under the previous Fund-supported programme”

The Executive Board of the International Monetary Fund (IMF) has approved two three-year arrangements under the Extended Credit Facility (ECF)[1] and the Extended Fund Facility (EFF)[2] for Côte d’Ivoire for a combined total of SDR 487.8Million (about US$658.9Million, or 75% of Côte d’Ivoire’s quota) to support the country’s economic and financial reform programme.

“Côte d’Ivoire’s economy has made an impressive turnaround since 2012 and its outlook remains favourable”, the IMF says in a release. “Nevertheless, reducing poverty and closing human capital and infrastructure gaps will take time, and structural bottlenecks pose challenges. Against this backdrop, the authorities’ new economic programme under the Extended Credit Facility and Extended Fund Facility appropriately focuses on inclusive, sustainable growth; structural transformation of the economy; and poverty reduction. The programme builds on the solid performance under the previous Fund-supported programme in 2011–15 and is expected to catalyze official and private financing”.

The IMF Executive Board’s decision will enable an immediate disbursement of total amount of SDR 69.686Million (about $94.1Million). The remaining amount will be phased over the duration of the programme, subject to semi-annual reviews.

The Fund says that the new programme will aim to achieve a sustainable balance of payments position, inclusive growth, and poverty reduction by investing in infrastructure and priority social projects. It will also focus on containing current spending, catalyzing official and private financing, and building resilience to future economic shocks.

Côte d’Ivoire’s economy has achieved an impressive turnaround since 2012. Political normalization, supportive fiscal policy facilitated by extensive debt relief, reforms to improve the business climate, and rising world cocoa prices have enabled a strong rebound in economic activity. Real GDP grew by 9% per year on average during 2012–15, driven by investment and consumption, partly reversing a decade-long fall in per capita income.

The robust economic performance since 2012 has not fully shed the socio-economic legacies of decades of sluggish growth compounded by conflict. Significant disparities remain across the country, and in the areas of education attainment, employment and income. As such, the authorities’ 2016-20 National Development Plan (NDP) appropriately prioritizes inclusive and sustainable growth, focusing on structural transformation and improving living standards.

“The authorities’ goal is to maintain fiscal discipline and strengthen buffers for future shocks, while creating fiscal space for infrastructure and social spending. To this end, improving tax administration and adopting new tax policy measures will help increase revenue mobilization. Containing current spending will be also critical, while prudent public financial and debt management will help ensure debt sustainability. Enhancing surveillance of public enterprises and extending budget coverage to extra-budgetary entities would strengthen control over all government’s activities and improve transparency. Reinforcing the framework for public-private partnerships and pressing ahead with the reform of public enterprises will mitigate fiscal risks.

Solid macroeconomic performance continued in the first half of 2016 notwithstanding the impact of a drought on agriculture, and real GDP growth is projected at around 8% for the entire year. The budget deficit is projected at 4% of GDP in 2016, reflecting higher spending, including for security, health and education. Economic growth is forecast to remain strong over the medium term, averaging 7.7% per year during 2017-19, reflecting buoyant domestic demand. Inflation is projected to remain below 3%. Reflecting investment-driven imports, the external current account deficit would widen to about 2.5% of GDP.

Building on progress made under the 2012-15 programme, the new three-year programme will support the broad objectives of the NDP and help implement a sustainable balance of payments position, inclusive growth, and poverty reduction.

The authorities’ aim to create fiscal space for infrastructure investment and social spending, and strengthen policy buffers; maintain public debt on a sustainable path; facilitate debt restructuring of the national oil refinery and enhance monitoring of the debts of state-owned enterprises; address vulnerabilities in the public banks; improve the business climate; enhance the quality of economic data; and increase Côte d’Ivoire’s contribution to the regional foreign exchange reserves pool.

Under the programme’s planned policies, the government’s budget deficit would converge to the West African Economic and Monetary Union norm of 3% of GDP by 2019 in order to preserve public debt sustainability and support the regional international reserves pool. Prudent public financial and debt management practices along with public enterprise reform would ensure fiscal sustainability and mitigate fiscal risks. Financial sector polices would focus on reducing vulnerabilities, including in the public banks, and fostering financial inclusion. Structural reforms will improve the business environment. Measures to improve the quality and dissemination of economic statistics will support policy making and investment.

For additional information on the IMF and Côte d’Ivoire, see: