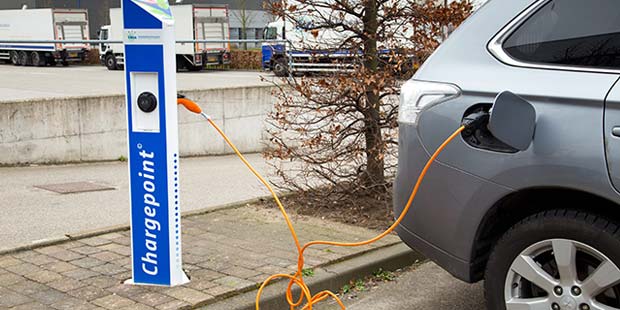 Electric vehicles could make up 15 to 35% of total new vehicle sales globally in 2040, according to IHS Markit, a Nasdaq listed consulting company focused on critical information, analytics and solutions.

The findings are part of a new research project, Reinventing the Wheel, that will be conducted over the first half of 2017.

“The key question is whether we are approaching a transformative shift akin to the first decade of the 20th century, when the internal combustion engine, cheap gasoline, bicycle technology and mass production combined to usher in the automotive age,” said Dr. Daniel Yergin, vice chairman of IHS Markit and chairman of the study, who wrote about the beginning of the automotive age in his most recent book, The Quest. “Converging developments along multiple tracks are leading us to focus on this important question.”

The growth of electric vehicles is one of several forces reshaping the future of transportation that are the subject of Reinventing the Wheel, a major new multi-client research initiative combining the industry-leading chemical, automotive and energy expertise of IHS Markit. This initiative will be the subject of a comprehensive new study to be completed in 2017. Other critical factors to be examined by the study include the potential impacts of car sharing, ride hailing and autonomous vehicles on the transportation ecosystem. The study is set to begin December 15 in Detroit.

“How and when this transformation takes shape will have significant impacts on the global economy and raises fundamental questions for the oil and gas, automotive, chemical and the electric power industries, as well as individual consumers,” said Tiffany Groode, study co-director and head of IHS Markit automotive scenarios.

About Reinventing the Wheel

Reinventing the Wheel is a major multi-client research initiative that will provide a first-of-its-kind, system-wide analysis of the new reality of transportation and the potential implications for the oil, gas, automotive, electric power and chemical industries.

Chaired by Daniel Yergin, IHS Markit vice chairman and Pulitzer Prize-winning author, Reinventing the Wheel will combine the industry-leading expertise from the chemical, automotive and energy teams within IHS Markit.