IMF Not Impressed By Mozambique’s Performance 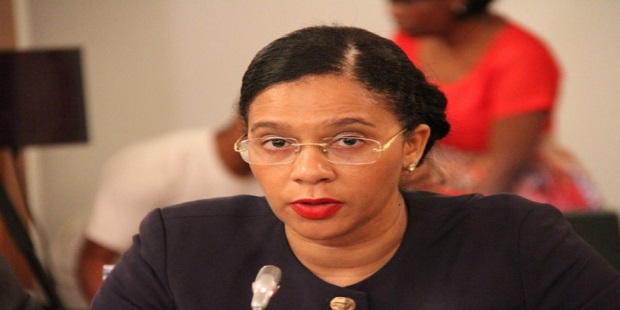 The International Monetary Fund (IMF) is not very excited by the economic outlook in Mozambique, a country which looks forward to be Africa’s next oil producer and perhaps its largest gas hub in the medium term.

“Inflation, which is expected to peak soon, is still high. Increased spending on wages and salaries is putting pressure on fiscal policy, although the 2016 budget deficit is still expected to narrow to about 6% of GDP, in line with the revised budget law adopted by Parliament in July 2016.

The team does not discountenance the loan that the country’s last government, which gave up power in 2015, had kept hidden. “Total public debt, mostly denominated in foreign currency, increased to distressed levels in 2016 owing to the addition of the previously undisclosed loans worth $1.4 billion (10.7% of GDP) combined with the impact of the exchange rate depreciation.

But the IMF team, headed by Michel Lazare, were focused on the current economic term sheets.

“There have been several positive economic developments over the last few months”, the report concedes .“The monetary policy tightening since October 2016 has resulted in a rebalancing of the foreign exchange market, with the metical appreciating by about 8% vis-à-vis the US dollar since end-September, following a 40% depreciation over the first nine months of the year.

Moreover, the current account deficit of the balance of payments has been narrowing rapidly, helped by a marked drop in imports and somewhat more stable exports, which are supported by higher global coal prices. As a result, despite limited foreign direct investment flows and donor financing, the stock of international reserves has recently started to increase and is expected to cover about 3.5 months of non-mega project imports at end-2016”.

The report notes that“additional policy adjustments are required to further consolidate macroeconomic and financial stability, and pave the way for a Fund-supported programme.

“Notably, further fiscal consolidation is needed in 2017. Special attention should be given to containing the expansion of the wage bill and gradually eliminating general price subsidies. Protecting critical social programs and reinforcing the social safety net should cushion the impact of these measures on the most vulnerable segments of the population. Preserving fiscal sustainability also requires limiting the fiscal risks presented by some large public enterprises. Mobilizing additional revenue by curtailing tax exemptions and strengthening revenue administration is also essential. In addition, the staff team stressed that a strong commitment to fiscal adjustment is an essential element to facilitate ongoing debt restructuring discussions with creditors.

“On the monetary side, the mission welcomed the central bank’s commitment to reduce inflation while safeguarding financial stability. To address financial sector vulnerabilities, the mission urged the central bank to remain vigilant to risks, ensure adequate liquidity provision to the economy, and continue to step up supervision and enforcement of prudential regulations.

“The mission welcomed the agreement reached with the General Prosecutor’s Office and the Embassy of Sweden on the detailed terms of reference and the selection of an international company to conduct the ongoing independent audit of EMATUM, Proindicus and MAM. In due course, it will be important to consider strong governance reforms to address findings and recommendations from the audit report.

“Discussions on a new IMF-supported program will continue in the first part of 2017. The mission thanks the authorities for their continued hospitality and close cooperation.”