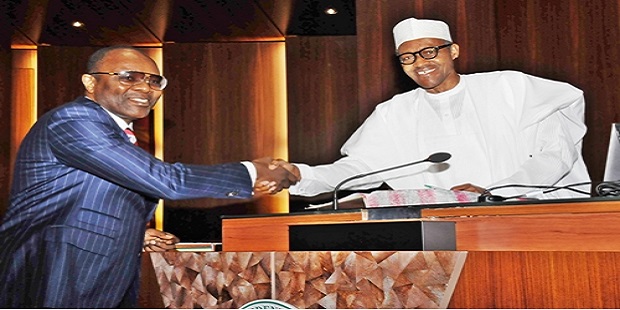 IbeKachiku, Nigeria’s Minister of State for Petroleum, will formally announce the resolution of Joint Venture funding challenges as well as end to Joint Venture Cash Calls on Thursday (December 15, 2016) in Abuja.
All the Managing Directors of the concerned companies, including TOTAL, Shell, Chevron, ENI (Nigerian Agip), ExxonMobil and Pan Ocean are invited.
The highlight of the deal, already widely publicized, is that the outstanding debt of approximately $6Billion owed these companies by NNPC will be paid over the next five years.
IOCs will now fund the operations fully and recover whatever debts NNPC owes going forward.
He Ministry of Petroleum has, several times in different forums, congratulated itself for this achievement.
“What this does is that we have taken NNPC out of the treasury”, declared Gbite Adeniji, Senior Technical Adviser, Upstream&Gas to the Minister of state for Petroleum, at the most recent breakfast meeting of the Nigerian South Africa Chamber of Commerce. “In the next three quarters, you’d find the impact of this agreement on the forex situation”.
Shell, TOTAL, Chevron and ENI have reportedly signed the agreement, according to sources familiar with the deal. ExxonMobil has so far demurred, asking that the Joint Operating Agreement be reviewed so as to reduce NAPIMS interference and regulations under the new scenario.