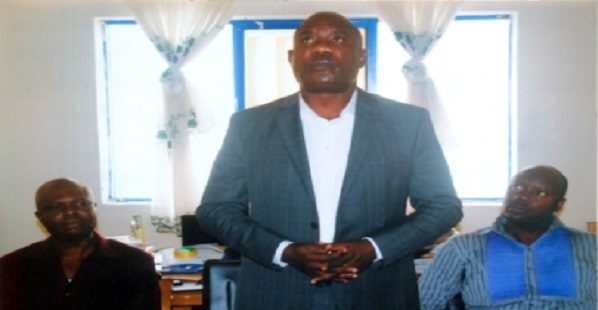 “SPDC should not be blamed for everything that goes wrong,” Okolobo declared in the last week of 2016, in a response to the allegations of adverse impact of the Gbaran Gas Processing Plant, located in Gbarantoru, Tombia in Nigeria’s Bayelsa State.
The latest name calling had come from a certain Alagoa Morris, described by the press as an environmentalist, requesting for a scientific study on pollution from the plant, which, at 1Billion cubic feet per day capacity, is Shell’s largest processor of natural gas in Nigeria.

The government owned News Agency of Nigeria NAN reported that Morris “made the call in Tombia, near Yenagoa, shortly after an assessment tour of the area”.

NAN said that “Morris was reacting to reports of suspected air pollution from the natural gas gathering and liquefaction facility which is causing breathing discomfort to residents”.

NAN reported that residents of Tombia were complaining of air pollution, allegedly emanating from oil and gas facilities located near the community. “We have received reports of air pollution, very high temperature caused by gas flare and poor fish catch from the Nun River, among others”, Morris reportedly observed. “Who monitors compliance with the EIA to ensure that the steps prescribed to mitigate the negative environmental impacts of the operations of the plant were ameliorated?”, Morris reportedly queried, adding that the country’s environmental law “requires periodic study to determine the environmental implications of the project and ascertain when the indices are out of tolerable limit”.

The NAN report disclosed that Shell’s spokesperson Precious Okolobo, denied that the air pollution was from the company’s gas processing and gathering facility.

“There is no air pollution from our Gbarantoru plant; the plant is running efficiently,” Okolobo reportedly said. “He said that a similar occurrence was reported in Port Harcourt where there was no gas plant”, NAN said of Okolobo.
“There is a general problem that people do not understand and SPDC should not be blamed for everything that goes wrong,” Okolobo said.