GE Will Build Its Calabar Plant, In Spite of Delays on Bonga South West 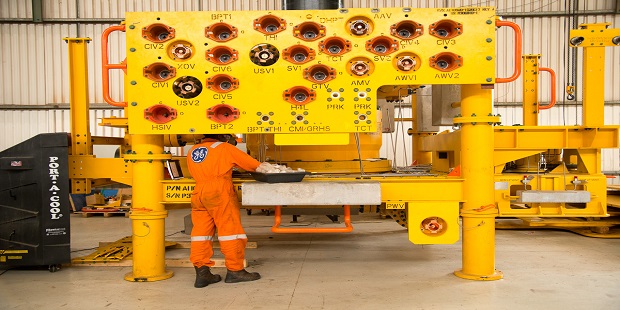 General Electric (GE) says it will go ahead and complete construction of its Calabar Manufacturing Facility despite the fact that Bonga South West-Aparo (BSWAP), the deepwater oilfield project for which it was primarily conceived, has been put on hold.

Ado Oseragbaje, President and CEO of GE Oil and Gas Subsaharan Africa, acknowledges that the non-taking of Final Investment Decision (FID) on BSWAP, has “challenged” the plans for a Manufacturing facility in Calabar.

He would not mention BSWAP by name but he says: “It is true that we had big ambitions from the oil and gas perspective but with some of the delays that some of our customers are facing, that kind of challenged the project”.

“Having said that, overall, we are an industrial company and one of the things we are already doing is ensuring that the facility will be able to support the different GE businesses”.

“Let’s say that the whole thing was initially going to be 1000sqm and if oil and gas was initially supposed to use 600sqm but if they can’t, can we redeploy some of the space to power services or to transportation. We are committed to making that huge investment and it is still ongoing. Our contractor is still working on site”.

Oseragbaje won’t disclose a timeline to the inauguration “but there is a project team that is responsible for delivering the project on time and on budget. Overall, in our long term strategy for Nigeria, the Calabar facility is part of our thinking both as GE and the oil and gas division”.

« TOTAL’s Block 17 Delivers Close to 700,000BOPD In Angola
Nigeria is one of the Highest Cost Producers of Crude-Draft Policy »