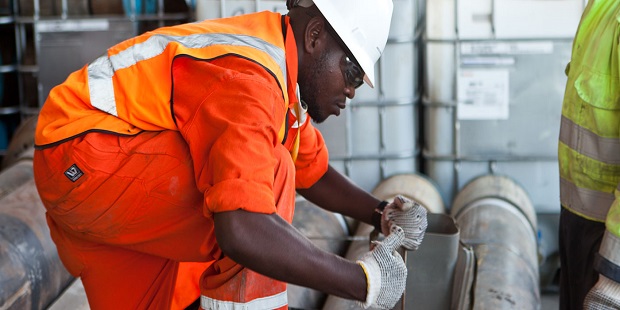 Tullow Oil is having challenges of producing the waxy crude in the reservoirs of its operated oil wells onshore Kenya.
There are flow assurance and producibility issues in extracting the crude from the reservoirs, with water injection process experiencing obstacles, according to oil service sources close to the project.

Faced with a government insistence on commencing crude oil export by 2017, Tullow has been working up ways of extracting the hydrocarbon at a cost that is economically feasible, given the low price environment.

The London listed explorer only made Kenya’s first commercial discovery in in April 2012, in the very year that crude oil prices started heading south, but President Uhuru Kenyatta’s government, in power since 2013, is keen on first oil to happen before the next elections in August 2017.

Plans for a joint Kenya-Uganda crude oil pipeline from oil fields in both countries to Kenya’s Indian Ocean port at Lamu or Mombassa went up in smoke when the Ugandans decided on an alternative route through Tanzania in early 2016.

Kenya has since chosen to start small, producing 2,000Barrels of oil Per Day and trucking the crude from the oil fields in Turkana county, in the north of the country to the coast in the south for export, as the country’s refinery is not designed for the sort of crude that is trapped in the geological formations. Andrew Kamau, Permanent Secretary in the Ministry of Energy, says that the Early Oil Pilot Scheme (EOPS), will specifically utilise five existing wells to produce the crude, which will be transported from Turkana to Mombasa by road in insulated tanktainers. “At current oil prices, EOPS is not expected to generate significant revenue”. Mr.Kamau says.

The crude type in East African rift system (South Sudan, Uganda and Kenya) is like a long candle in the pipeline and has to be heated along the way.

“But It’s not just the evacuation infrastructure that is constrained, crude oil extraction at the reservoir level in Kenya has had to be studied extensively”, sources explain. “There has been water injection (meant to drive up the crude into the surface) that ended up damaging the formation”, the sources, who choose not to be named, disclose. “There are issues of what chemicals to use in the stimulating the upward flow of the crude”.

“Subsurface challenges are common in field development”, says Tim O’Hanlon, Tullow’s Vice President for Africa responded when Africa Oil+Gas Report asked him about the issue. “Whatever this issue is, we are dealing with it”.

Tullow has had prior experience in Africa in getting crude out from the subsurface to the surface. Ghana’s Jubilee field didn’t deliver anywhere close to its optimum in the first 18 months because of faulty design of the well completion jobs. But the challenges in Kenya’s oil reservoirs are different from the Ghanaian experience. Before a process like water injection happens, the completion infrastructure would have been installed.

Editor’s note: an earlier version of this report, published in the October 2016 edition of the monthly issue of the Africa Oil+Gas Report, did not contain Mr. Tim O’Hanlon’s views.