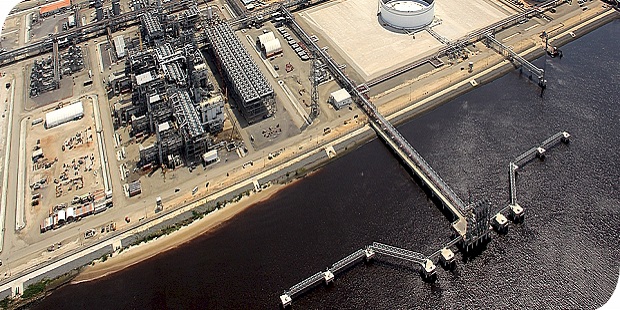 BP in vigorous challenge for the top spot.

It’s the most productive oil block anywhere in Africa.

The volume is over a third of the country’s 1.766Million barrels per day in the 274 day period, figures from the Ministry of Finance show. The performance of this prolific block leaves, in the dust, ExxonMobil operated Block 15, the second place producer, which came up with 314,847BOPD.

Although Angola is largely a deepwater producer, the third largest output comes from Chevron operated shallow water Block O, which output 235,440BOPD during the period.

There are 13 producing blocks in the southwest African country, but only six of them produce higher than 100,000BOPD.
TOTAL looks set for continuous dominance of the Angolan crude oil production scene in the near term, with the 230,000BOPD Kaombo project under construction in the ultra deepwater Block 32. The company holds 30% in the block and the field is expected onstream in 2017.

It would seem, from these figures, that TOTAL is the company with the highest headroom, in the short term, to grow in Angola, but BP comes very close in terms of equity production. In the January to September 2016 data, the British major netted 310,417BOPD, coming a close second to TOTAL’s net of 322,047BOPD. BP announced, last December, that it was working on growing its equity production in the country to 480,000BOPD by 2020.

BP, however doesn’t have any field development project in view between now and 2020, going by data published by the US Energy Information Administration (EIA). Nor does it publish anyone on its own. So the best guess would be incremental increase in Blocks 18 and 31 as well as expected top-up in volumes from its non-operated equity in Block 15 and Block 17. BP operates exploratory Blocks 19 and 24 and holds non-operated positions in Blocks 20, 24 and 25. Out of all these, only the Cobalt Energy operated Block 20 has shown any real promise of becoming a producer.

Even so, with its signature Cameia discovery not yet sanctioned it is no longer looking like Block 20 can come on stream by 2020. Block 24 has a commercial discovery which is yet unappraised. The well in Block 19 was non-commercial, the one in Block 25 was an outright duster.