BP and TOTAL to finalise over $3Billion worth of acquisitions

Africa’s E&P deals, which sank into historic lows for most of 2016, picked up at the tail end of that year and have been on an 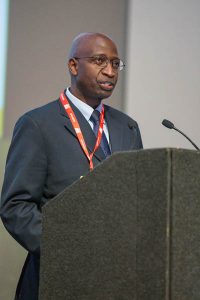 upward trajectory in the first two months of 2017.

BP’s December 2016 deal with Komos in Northwest Africa involves $916Million if every condition is actualised. The British major is to acquire a 62% working interest, including operatorship, of Kosmos’ exploration blocks in Mauritania and a 32.49% effective working interest in Kosmos’ Senegal exploration blocks. BP will pay $162Million upfront, it will spend $221Million carrying Kosmos’ E&A activities in the blocks and $533Million in developing the gas field Tortue, discovered by Kosmos in 2014.

Rosneft, the Russian player, agreed to spend $1.125Billion to purchase a 30% interest in the theShorouk concession offshore Egypt, which contains the super-giant Zohr gas field, from the Italian firm ENI.

This followed BP’s November 2016 decision to grab10% interest in that sae Egyptian asset for $375MM.
So, whereas only $973MM had been spent on E&P deals in Africa between January and October 2016, BP alone was committed to spending $1.231Billion to farm into assets in Senegal, Mauritania and Egypt. And Rosneft is spending $1.125Billion.
The French major TOTAL started the new year by announcing its agreement with Tullow Oil to pay $900Million for 21.57% of Uganda’s Albert basin development project. This leaves Tullow with 11.73%.
In the space of two months, three European companies have committed to spend $3.316Billion to farm into assets in four countries.

Over 90% of this amount ($2.953Billion) is to acquire near term assets, comprising $553Million for the Tortue gas project in Mauritania, $1.5Billion for the Zohr development in Egypt and $900Million for the Albertine Basin oilfield development.
These purchases are expected to be concluded between the first and second quarters of 2017 with consent of the authorities in these countries.