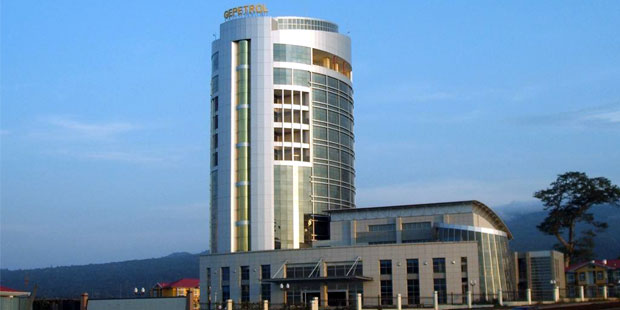 Ophir Energy says that Final Investment Decision for Fortuna “will be one of a handful of global FIDs of a green-field LNG project in 2017”.

Fortuna is located offshore Equatorial Guinea. In November 2016, Ophir signed a Shareholders’ Agreement with OneLNG in November 2016 for the formation of a Joint Venture that will develop and finance the Fortuna FLNG project.
Ophir is excited that the establishment of a Joint Venture with other partners “means we can now move the Fortuna FLNG Project towards FID in mid-2017. At FID, the project NPV will be a healthy multiple of the $120Million of capital we are committing before first gas”

OneLNG is a joint venture owned by Golar LNG and Schlumberger to help monetise stranded gas assets.” We now have an integrated project with Ophir and OneLNG aligned across the value chain. Ophir will not invest more than $120Million of the $2Billion of capital expenditure required to get to first gas and we expect to generate a return of over 5x on this investment”, the company notes in the yearly statement. The London listed explorer says that “the JV has been structured so that Ophir Energy plc will not take any additional balance sheet exposure or liabilities”.

“Ophir now has line of sight on its biggest potential monetisation step since the Tanzania partial divestment in 2014. It has been a long, difficult road but we are firmly on track for a mid-2017 FID, which will monetise approximately 345 MMboe of 2C resource”, the company added.