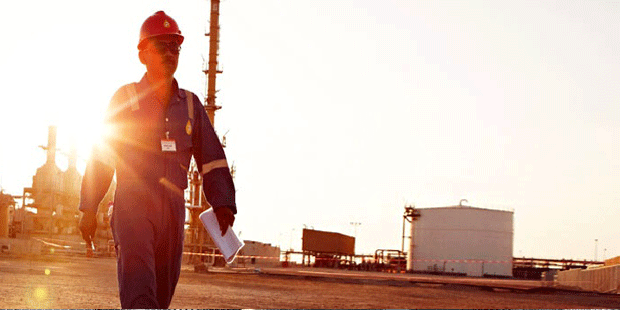 The International Monetary Fund (IMF) has praised Algerian authorities for achieveing a notable reduction in the fiscal deficit in 2016, despite the challenges of lower oil prices.

Algeria is the third largest crude oil producer in Africa and the continent’s largest gas exporter. But its economic indices are better than Nigeria’s and Angola’s, the two top oil producers.

In a March 21 2017 report, the IMF noted that Algerian authorities were seeking to reshape the country’s growth model, but the country “continues to face important challenges posed by lower oil prices” the World Bank institution noted.. While efforts to adjust to the oil price shock are underway, “fiscal . consolidation will need to be sustained as oil prices are expected to remain low”.

The report is the product of an IMF staff team visitation led by Jean-François Dauphin.

Discussions focused on the appropriate mix of policies to adjust to lower oil prices. “Overall economic activity was resilient, but growth in the nonhydrocarbon sector slowed under the effects of spending cuts and is estimated at 3.4% in 2016,” Mr. Dauphin explained in the statement.

Inflation increased from 4.8% in 2015 to 6.4% in 2016 and stood at 8.1% year-on-year in January 2017. Unemployment increased to 10.5% in September 2016 and remains particularly high among the youth (26.7 percent) and women (20.1 percent). Despite some fiscal consolidation in 2016, the fiscal and current account deficits remained large, and public debt increased. International reserves, while still ample, fell by $30Billion to $113Billion (excluding SDRs).

“Efforts to adjust to the oil price shock are underway. The authorities achieved a notable reduction in the fiscal deficit in 2016 and have adopted an ambitious fiscal consolidation plan for 2017-19. They made progress improving the business environment and are working on a long-term strategy to reshape the country’s growth model to foster greater private sector activity and economic diversification. The central bank is adapting its monetary policy instruments to a tighter liquidity environment. This growing reform momentum is welcome.

“A key challenge at this juncture is choosing a policy mix that will help the economy adjust to the oil price shock in a way that is sustainable and the least costly in terms of growth and employment.

“Fiscal consolidation will need to be sustained as oil prices are expected to remain low and hydrocarbon reserves are exhaustible. At this stage, the consolidation should rely primarily on broadening the tax base, including through better tax enforcement and the rationalization of tax exemptions; containing current spending; gradually replacing costly energy subsidies, which mostly benefit the well-off, by direct support to the population most in need; and improving the efficiency of capital spending and reducing its cost. Investment in health, education, and well-targeted social safety nets should be preserved. These efforts should be supported by further strengthening the budget framework and closely monitoring growing fiscal risks.

“Too abrupt a fiscal deficit reduction, however, should be avoided to reduce the risk of a sharp slowdown in growth. In the mission’s view, given the relatively low level of public debt, Algeria could afford a somewhat more gradual fiscal consolidation than entailed in the current medium-term budget framework if it were to consider a broader range of financing options, including external borrowing and the sale of state assets.

“The mission strongly supports the authorities’ objective to decrease the economy’s dependence on hydrocarbons and unleash the potential of the private sector. This is not only needed to adjust to lower oil prices but also to ensure a sustainable source of job creation even beyond the horizon for proven oil and gas reserves. Achieving this goal will require wide-ranging structural reforms. Measures are needed to improve the business environment and access to finance, strengthen governance and transparency, make the labor market more effective, ensure that skills produced by the education system and sought by students match the needs of employers, foster greater female participation in the labor market, and further open the economy to foreign investment. The overall strategy should be designed and sequenced so that reforms reinforce each other and the burden of economic adjustment is shared equitably. Action should be timely as structural reforms take time to bear fruit.

“Exchange rate, monetary, and financial policies should support the adjustment. Further efforts to bring the dinar in line with fundamentals, combined with steps toward the elimination of the parallel foreign exchange market, would support fiscal and external adjustment. The Bank of Algeria is appropriately introducing open market operations, which should become its main monetary policy tool. The Bank of Algeria will need to stand ready to tighten monetary policy in light of growing inflationary pressures. Based on preliminary data, the banking sector as a whole remains adequately capitalized and profitable, but the oil price shock has increased liquidity, interest rate, and credit risks. It is therefore important to accelerate the transition to a risk-based supervisory framework, enhance the role of macro-prudential policy, strengthen the governance of public banks, and develop a crisis resolution framework”, the statement concluded.