Manish Takes Over From Phillip Ihenacho 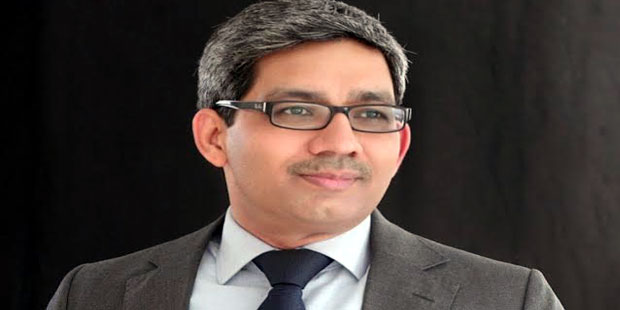 Maheshwari has over 25 years’ experience in the oil and gas sector. Before his movement to Essar in November 2014, he was Managing Director of Hindustan Oil Exploration Company Limited, a subsidiary of the Italian giant, ENI SPA.
The Essar job entailed responsibility for 15 blocks and fields in various stages of exploration and production in India, Indonesia, Madagascar, Nigeria and Vietnam. The total reserves and resources across these assets were estimated, by the company, to be 2,034MMBOE in March 2015.

“Manish has been instrumental in turning around and delivering multi-fold growth from onshore and offshore assets in a safe, timely and cost effective manner in his previous assignments”, Seven Energy notes in a statement. “Manish has been involved in negotiating Production Sharing Contracts with Governments, Joint Operating Agreements with National & International Oil Companies, Crude Oil Sales Agreements, Gas Sales Agreements with aggregators and end users, as well as successfully completing several farm-in and farm-out arrangements.

Manish brings rich experience overlapping technical, commercial and financial domains in emerging economies. Manish has a Bachelor (Hons.) in Engineering and a Masters in Business Administration from Strathclyde University and has been a member of several professional bodies including the Society of Petroleum Engineers (SPE) and Association of International Petroleum Negotiators (AIPN).

Seven Energy is a leading player in the domestic Nigerian gas market, supplying gas to the power generation and manufacturing industries, principally through its own integrated processing and pipeline infrastructure, and the backing of strategic long-term investors. The Group’s midstream gas infrastructure assets, focused in the south east Niger Delta, include the 200 MMscf/d Uquo gas processing facility and a gas pipeline network of 260 km with distribution capacity of 600 MMscf/d. Its upstream assets include licence interests in the Uquo Field and the Stubb Creek Field (south east Niger Delta), an indirect interest in OMLs 4, 38 & 41 through a Strategic Alliance Agreement with Nigerian Petroleum Development Company (north west Niger Delta) and a licence interest in OPLs 905, 907 and 917 (Anambra Basin). The Group has its main offices located in Lagos and London.