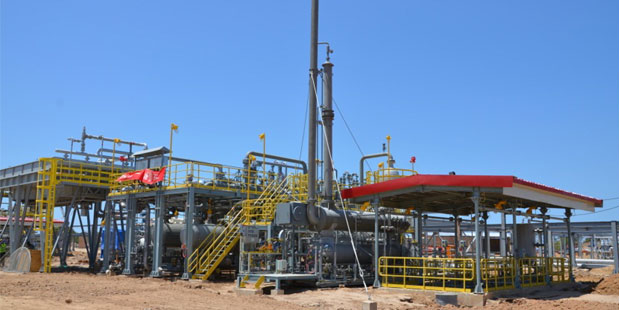 But the state hydrocarbon company is a ‘good customer’

Maurel et Prom’s first quarter 2017 production from the Mnazi Bay Field averaged forty three million
standard cubic feet a day (43 MMscf/d).
This is just around half of the initial maximum volume the company and its partner agreed to supply the
Tanzanian gas network.

Pursuant to the Mnazi Bay Gas Sales Agreement, the Mnazi Bay Partners were contracted to supply to
the Pipeline Project up to a maximum 80MMscf/day of natural gas during the first eight months with the
option to increase over time to a maximum 130MMscf/day of natural gas for up to 17-year supply
period. The gas is sold and purchased at the inlet to a 16 inch pipeline connecting the Mnazi Bay gas
production facility to the state operated Madimba central processing facility.
Apparently the country’s natural gas demand has not surged as the government expected, at the time it
signed the contract in 2015.

Tanzania Petroleum Development Corporation ("TPDC"), who is the wholesale offtaker, commenced gas
delivery to a new industrial customer, Goodwill Tile Factory in first quarter 2017, demonstrating demand
growth from the industrial sector which is expected to increase throughout 2017 as Dangote Cement
begins using gas for power generation.

Wentworth, the junior partner in the Mnazi Bay project, says that the state hydrocarbon company has
so far been a good customer. So far in 2017, TPDC has settled in full the November 2016 and December
2016 invoices that were outstanding at the year end, and has also settled a 2015 invoice for line fill gas
volumes.

“As part of our Gas Sales Agreement with TPDC, payment guarantees are in place which can be utilized,
if determined necessary, should payments from TPDC be excessively delayed”.