ExxonMobil Is Not Helping To Balance the Market 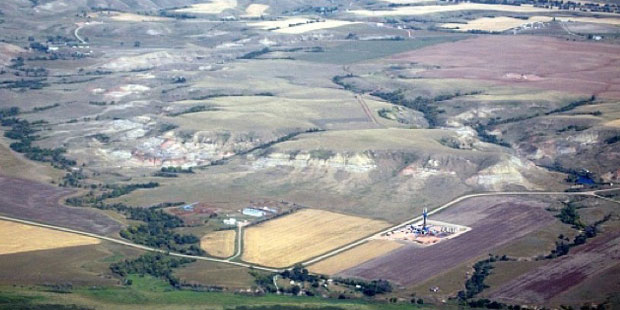 American oil companies are pumping more crude into the global economy, just as OPEC is desperately seeking to balance the market with cuts in production by its members.

The poster company for the surge in output, notably from shale formations, is ExxonMobil, the world’s largest publicly traded oil company.

Although data from OPEC’s research unit indicates that shale oil output will ultimately begin a rapid decline in the 2030s by natural depletion, the production boost from this source, in the short term, is only likely to arrest the price increase that everyone thinks the market needs right now.

Western Analysts like DrillInfo argue that cut in production by OPEC countries will have to “be extended because the first cuts didn’t balance the market”. They say that if that doesn’t happen, “ prices won’t remain at this level” , meaning above $50.

But prices have not held steady above $50; indeed in the last week the price of the premium blends have dipped below $50.
DrillingInfo notes that, with American producers continuing to expand U.S. production as they become more efficient and produce at a lower cost, “they aren’t helping to balance the market.”
Such statement point fingers at a company like ExxonMobil, the largest of the aggressive Shale oil producers. The company, in its 2016 Annual report, is not bashful about how well it has done to increase crude oil output. “Approximately 350 new wells were brought to sales, mainly across the Permian and Bakken areas “(which are prominent shale basins), “during 2016. Our operating efficiency continues to improve. In the horizontal program in the Permian Basin, we have reduced cash field expenses to approximately $5 per barrel(1), a 46% reduction since 2014”.

“In 2016, unconventional development in the Permian Basin remained a key focus. One strategic transaction added approximately 3,000 acres in the Delaware Basin, supplementing our already strong unconventional Permian position across the Wolfcamp, Spraberry, and Bone Springs formations. At year-end 2016, we operated nine unconventional rigs in the Permian. Our net production grew 45 percent during 2016. In the prolific Wolfcamp formation in the Midland Basin, we have increased ultimate recoveries while substantially reducing drilling and completion costs. ExxonMobil holds 222,000 net acres in the Haynesville/Bossier Shale of East Texas and Louisiana, where we continue to capture benefits from drilling and completion improvements”.

ExxonMobil also boasts that The Bakken (Shale)”remained one of our most active unconventional programs in 2016, with production volumes again reaching all-time highs”. The company “currently holds 570,000 net acres of high-quality resource in this play”. With three drilling rigs in operation in 2016, net production in the Bakken increased 18%. In 2016, “we continued drilling at a measured pace in the liquids-rich Woodford Shale in the Ardmore and Marietta basins of southern Oklahoma.