TransForcados System (TFS) Is Back Up 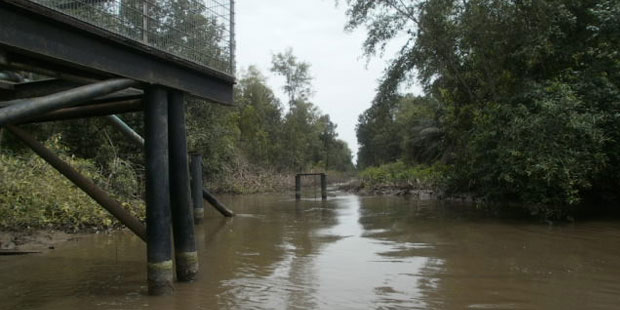 The TransForcados System, a crude oil export facility in Nigeria, is back on line.
Comprising a pipeline, a crude loading line and the terminal itself, the TFS had been out of operation for over 15 months, shutting out at least 200,000Barrels Per Day of Nigerian crude.

TFS came back on line sometime between May 15 and 20, 2017, but most companies involved have been mum about it, perhaps out of concern that it might again be put out of action.

Until it was shut down in February 2016, through a military grade dynamite of the undersea, six kilometre crude loading line, by gangs operating in the Niger Delta Basin, it was the only outlet for all the crude produced by six of these companies: Seplat, Elcrest, Shoreline, Neconde, Pan Ocean and NDWestern.

It was, however, only a secondary thoroughfare for crude produced by Pillar Oil, Midwestern, Energia and Platform Oil, which all have an alternative evacuation fare: in ENI (Agip) operated Kwale to Brass pipeline.
In the period that the shut- in lasted, however, four more companies –Seplat, Elcrest, Neconde and Shoreline-had commissioned alternative routes to market, all of them, through shipping operations.

The cost of shipping (barging crude into FPSOs) is however so high many companies say it is not sustainable. Elcrest, for example, was paying $15 on every barrel shipped through the operations. “It’s not sustainable”, says Abdulrazaq Isa, Chief Executive of Waltersmith, which has equity in NDWestern. He was responding to questions as to why NDWestern was not involved in barging.

Seplat, on its own, reported that the costs of barging would come down, once it becomes a routine route to export.
The latest crude oil producer in Nigeria has joined the cohort of companies pumping crude through the TFS. It is Excel E&P, and it has resumed injecting into the system. It’s not clear how much Excel is producing from its dual stringed Eremor marginal field, located at the current mouth of the Niger Delta basin, but Biodun Awosika, the company’s Chief Executive, confirms that the Technically Allowable volume that the Department of Petroleum Resources(DPR), the regulatory agency approved, was 900 Barrels of Oil Per Day.

The outage of the TFS is a symbolic event that suggested that the Nigerian state cannot secure the country’s petroleum infrastructure.

The facility came back up last November, nine months after the original blast, but it was immediately put out of action again.
Elcrest says it is currently producing 8,500BOPD gross (Net to Elcrest: 3,825BOPD) from Opuama-3 and anticipates production start-up from Opuama-1, which will pump up the volume, in due course.Fuller details of what other companies have been producing since the start are published in the June 2017 edition of the Africa Oil+Gas Report.