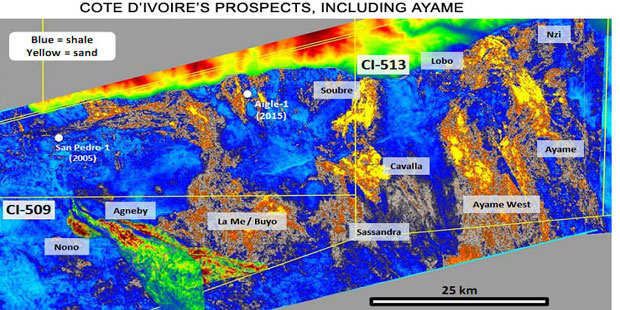 With the Ayame-1X exploration well in Cote D’Ivoire’s Block 513 announced as a dry hole, Ophir Energy, the London listed explorer, has concluded the seventh dry hole in Subsaharan Africa in the space of three years.

Of this number, six of those dusters were drilled in one year; 2014.

Ophir had not drilled any new field wildcat well in Africa since it plugged and abandoned the Mkuki-1 well offshore Tanzania in November 2014.

But as a non- operating partner, Ophir has been involved in successful wildcats in the same time frame, notably with BG as operator, offshore Tanzania.

It has also been lucky in Equatorial Guinea, where it is developing a gas field.
But its record for drilling dry holes in the subcontinent is unparalleled by any other independent.

A fuller story of the company’s long dry season, complete with details of the wells drilled, is published here.