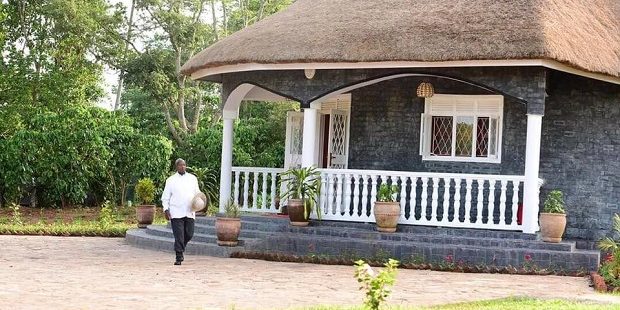 By Ngong Oyok, in Kampala

Public officers who received money from President Yoweri Museveni for ostensibly helping the state to recover tax payments from Heritage Oil and Gas Ltd were in contravention of Ugandan law, the country’s parliament has noted.

President Museveni’s payment of $1.7Million (or Six Billion Ugandan Shillings) to 42 public officers who participated in the Heritage Oil and Gas Arbitration case, had caused a storm of criticism across the country. All over the media, radio, newspapers, TV and in the social media, commentators are calling it “The Handshake Scandal”.

A report, released last week by the Parliamentary Committee on Commissions, Statutory Authority and State Enterprises (COSASE) said a team, representing those officers, met the President at his country home in Rwakitura on May 17, 2015 and “requested for a reward to which the president agreed”.

The Ugandan Parliament assigned the committee, on January 19, 2017 to, among others, investigate the claims that the public officers solicited for the handshake, the basis of determination of the beneficiaries of the bonus payment and in effect examine whether all proper and legal procedures under the laws of Uganda were followed in making the payment.

The committee evaluated letters by the Attorney General dated April 13, 2015 and that of the President dated November 16, 2015 which all confirmed that the team that had met the President had solicited for money as a reward for their efforts which led to the winning of the capital gains tax case.

Mr.Museveni had defended his payment of the money to officers involved in winning the capital tax gains case against Heritage Oil, because, in his view, their action had helped recovered, for Uganda, a lot of money.

The President was particularly excited that a Ugandan legal team had won the landmark $434MM (over Sh1.1 Trillion) tax case in London against Heritage Oil and Gas Ltd. A three-member arbitration team ruled against the three core tax claims by Heritage, which was contesting the decision by the Uganda Revenue Authority (URA) to tax their $1.45Billion transaction with Tullow Oil.

Ms Doris Akol, the Commissioner General Uganda Revenue Authority (URA), was head of URA’s legal department, in April 2013, that led the court battles against both Tullow Oil and and Heritage and won the case in London, which “conclusively affirmed that oil transactions will be taxable. It means that such deals will be subject to a 30% capital-gains tax for Uganda”, according to the Ugandan newspaper New Vision.

Wouldn’t this be enough justification for President Museveni to reward officers involved in such a landmark case?
COSASE, apparently, doesn’t think so. The report by the legislators led by the committee chairperson, Abdul Katuntusays otherwise. The report states that all the beneficiaries denied soliciting for the reward apart from Ali Ssekatawa, who incidentally was the lead lawyer for the state at the London hearing.

The beneficiaries gave basis for the reward as Article 98 and 99 of the Constitution of the Republic of Uganda, suggesting that the President being the fountain of honour exercised his executive powers and directed that the team be given the reward.

But despite the President informing the committee that it was his decision to reward the team, “members found it morally wrong and setting a bad precedent for other public servants having confirmed that the reward was a solicitation”, according to the committee report.

The committee noted that the reward was in contravention of the Constitution particularly Articles 98 and 99 as relied on by the beneficiaries, the National Honors and Awards Act, 2001, the Public Service Standing Orders and the URA Human Resource Manual.

« Are Independents On The Retreat in Africa?
I Will Give More To Companies Like Platform Petroleum »