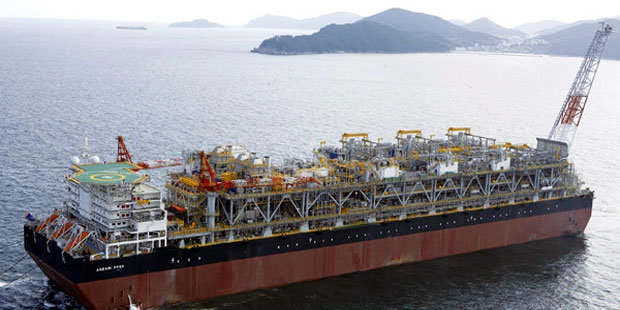 Chevron’s Agbami Phase 3 project was kicked off in 2012 to maximize recovery of the Agbami field, Nigeria’s largest producing single hydrocarbon asset. The idea was to increase production and keep the Floating Production Storage and Offloading (FPSO) system full. That vision became a reality in 2016.

The project involved drilling new wells to drain a compartment of the field that was not part of the last two phases of development. Agbami field initially came on stream in 2008. The field hit had reached peak production of 250,000 barrels per day in August 2009, or four months ahead of schedule, but years later, natural decline had kept output between 230,000 and 240,000BOPD.

Company spokespersons say that timely decisions were critical to the success of the project. One such decision, made earlier on in the project- to purchase long lead equipment- was critical to enable the projects to meet the scheduled milestones. With this Deepwater project, some of the long lead items had lead time of almost three years. So the decision had to be made before all the details of the project were finalized. Another such decision was to acquire four dimensional (4D) seismic data, which helped the team locate the wells in optimal reservoir positions, resulting in production performance and reserve additions exceeding expectations.

“There was a very good synergy between the Agbami Phase 3 project team and the Deepwater based business subsea team”, company spokespersons say. “The Deepwater subsea team manages the African Inspiration Vessel, owned by the Nigerian contractor Marine Platforms, is a multipurpose vessel deployed in the Agbami field. This vessel was used to install several project equipment including the Subsea Trees, Manifold and Connection System. It was also used to commission and set up the subsea wells. The utilization of the African Inspiration Vessel contributed to significant cost savings for the project.

Chevron says that the Agbami Phase 3 project was executed below budget and ahead of schedule.
The project delivered an ambitious local content scope. “We manufactured the two production manifolds and the two suction piles 100% in Nigeria and this is a repeat of success we had right from the legacy time where we did exactly that, so we are again repeating that success”, Chevron spokespersons say. “Agbami Phase 3 project contributed towards Nigeria human capacity development through the use of Nigerian engineers; we have also now domesticated, in-country, the capacity to assemble and fabricate Deepwater subsea trees and manifolds in Nigeria”, the company men explain.

Agbami Phase three was a transnational project. “Everything literally happened across continents”, company officials point out. “We had the contractors/engineering team work in France as well as in Nigeria. We had the manufacturing of the flexible pipes occur in Malaysia; the Chevron core project team was here in Nigeria and we had some UTC support groups in Houston as well as in Australia. So again, it literally happened across continents which made it all the more interesting”.

Some of the aspects of the project that excited the Agbami team were the witnessing of technological components coming together. One highpoint, spokespersons note “was seeing everything come alive during the umbilical installation and onboarding and polar Onyx vessel and when all the wells were basically brought online and hydraulically operated from the FPSO; the new drill centers coming alive was a very major achievement for me on the project”.

Another testimony was that In Agbami Phase 3 project, “the Subsea Control Module (SCM) 150 which is the older module being used was obsolete and a new model SCM 615 was introduced. So we had to conduct two tests namely: Fill Coexistence Test and Backward Compatibility Test to check and ensure that the older model SCM Model 150 and 615 can co-exist and function together on the same pair of wire subsea”. The company says that “the success story in all this is the fact that we are able to complete the installation of all the four numbers flow lines and the Subsea Flying Leads (SFLs) and inflow umbilicals within time, incident and injury free”.