Erin Energy has named Femi Ayoade as CEO and new 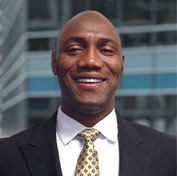 Director of the Corporation. He replaces Segun Omidele, who resigned effective February 22, 2017. Up until Mid-May 2017, when Ayoade took over, Jean-Michel Malek, Senior Vice President, General Counsel, and Secretary, served as Interim Chief Executive Officer, while the Board conducted a search for a permanent replacement.

Ayoade has more than 20 years of experience in the oil and gas industry and extensive experience on exploration and production operations offshore Nigeria. From 2008 to 2013, he was a Senior Technical Executive at CAMAC Petroleum Limited and Allied Energy Plc Nigeria and from 2006 to 2008, he was a Senior Drilling Engineer at Nigeria Agip Exploration (a subsidiary of ENI).

New non- executive directors and members of the board who joined the board in Mid-May 2017 are John Rudley, an American and Mahmud Yayale Ahmed, a Nigerian. Rudley served as the President of Texas Southern University from February 2008 to July 2016; Ahmed, meanwhile, “has an extensive history of government service on behalf of the Republic of Nigeria and has served as the Secretary to the Government of the Federation of Nigeria, a role that involved serving as Secretary to all Councils and bodies chaired by the President of the Republic, such as the Federal Executive Council and the Council of State. Mr. Ahmed served as the Minister of Defense and as the Head of Civil Service.