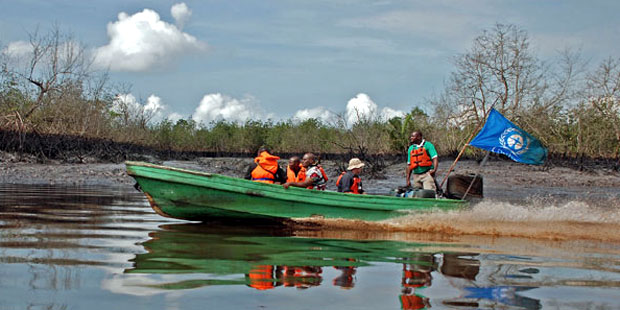 The Department of Petroleum Resources, Nigeria’s regulatory agency, is unaware of any plan by Shell to hand over the Oil Mining Lease (OML) 11, the acreage which contains the Ogoni community, to a new divestee on Tuesday July 25, 2017.

There are whispers everywhere that the AngloDutch major has picked one of several companies vying to acquire the 45% stake belonging to Shell, TOTAL and ENI on this onshore eastern Niger Delta asset, which contains the troubled Ogoni area.
But those who should know in DPR say that Shell was supposed to have submitted the list of companies vying to acquire the acreage, but it has not done so.

Shell has been unable to fully operate in the Ogoni-inhabited south central part of the acreage, which contains Yorla, Bodo and Bomu fields because the Movement for the Survival of the Ogoni People (MOSOP)had declared, since 1993, that the company was no longer welcome to operate in Ogoniland.