Section: In the news · August 7, 2017 · Comments Off on No Transit Tax to Tanzania on the East Africa Crude Oil Pipeline  | Tags: featured 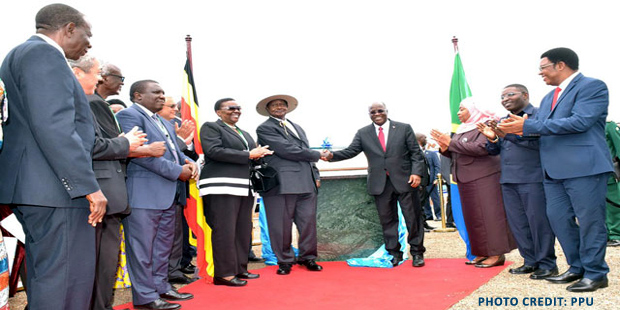 Ugandan president, Yoweri Museveni, expressed gratitude to “the Tanzanian government and people” for the generous concessions the latter have granted his country on the 1,445 Hoima (Uganda) to Tanga (Tanzania) crude oil pipeline.

“There will be no pay transit tax, no Value Added Tax, no corporate income tax, they gave us 20 years depreciation tax holiday, granted us a free corridor where the pipeline passes and promised to buy shares in the pipeline”, President Museveni said on Saturday, August 5, 2017.

He was speaking at the inauguration of the construction of the pipeline, named the East African Crude Oil Pipeline. With him at the stone laying, in Tanga, was Tanzanian President Joseph Pombe Magufuli, and ranking ministers from both countries, as well as a crowd of cheering Tanzanians.
Because of those concessions, Museveni explained, “the cost of delivering a barrel of oil from Hoima to the Tanga on the edge of the Indian ocean will be $12.2, making Uganda’s crude profitable even at today’s cost of about $50 per barrel.

Cost has been the core issue in the choice of route for the evacuation of crude from landlocked Uganda to the nearest coastal town from which to export the hydrocarbon. 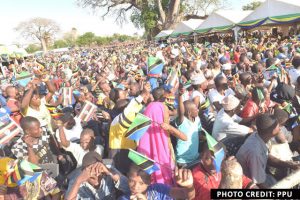 (Tanzania) route by stating repeatedly that the Tanzanian route was “the least cost” route.

The idea that Ugandan crude would pass through Kenya had seemed settled for several years, and been accepted by the (then) main player Tullow Oil, until TOTAL showed up in the scheme.

One of TOTAL’s key argument was that the Kenyan route was mountainous and as such expensive, compared with the rather flat land route from Hoima to Tanga. There were also security concerns.

But the generous concessions by Tanzania, announced last Saturday had also helped.

Museveni asked other East African countries (Rwanda, Congo DRC, South Sudan) to look at the East African Crude Oil Pipeline as an East African community asset and argued that new discoveries in the region would find ready evacuation to the sea through the pipeline.

The heated crude oil pipe line, reportedly the longest of its kind in the world, will cost $3.5Billion and is expected to be completed by 2020. The pipeline works will be undertaken by Total E&P, CNOOC and Tullow Oil together with the two governments of Uganda and Tanzania. At peak, the line will pump 216,000 barrels of crude oil for export daily.