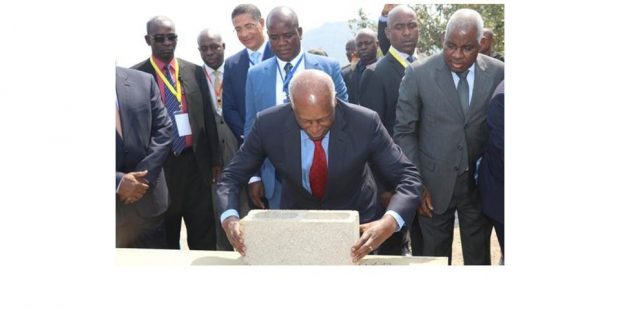 Ren Jianguo, deputy director of the Gezhouba Group, contracted by the Angolan government to execute the $4.5Billion project in the Cuanza Norte province, says that the facility is the biggest hydroelectric complex under construction by a Chinese firm in Africa. Plans call for it to be completed in 2023. Caculo Cabaça’s output capacity will be 102Megawatts higher than the Laúca Dam which officially opened in the Malanje province, also on the same Cuanza River, on Friday, August 4, 2017, the same day that President José Eduardo dos Santos laid the foundation stone for the Caculo Cabaça complex.

The current project has an execution deadline of 80 months. It will involve the contracting of more than 10,000 workers during the peak of construction. The Gezhouba Group Co. Ltd will also be in charge of maintaining the complex during a four-year period and training a group of technical personnel who will subsequently be responsible for operating the dam and the electric power production equipment.

The Laúca hydroelectric complex, under construction by the Brazilian firm Odebrecht group, is being launched in phases. What was inaugurated last Friday, August 4, was the first of a set of six turbines, able to produce 334Megawatts. The complex is 156 metres high and 1200 metres long, encompassing an area of 24,000 hectares, including the reservoir. It counts a main power station with six generator groups each able to produce 334Megawatts and a 65Megawatt ecological plant. The project cost around $4.3Billion.