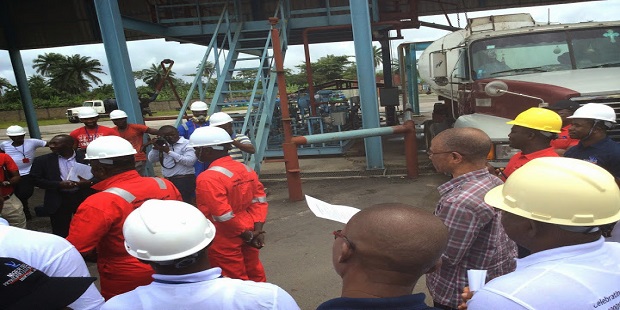 The Nigerian independent, Niger Delta Exploration and Production (NDEP),is hoping to expand its supply of natural gas from its Ogbele field far beyond the requirements of its two offtakers.

The company’s only domestic gas offtaker is PGINL- Power Gas Industries Nigeria Limited, which compresses the gas and uses it to generate power in offsite industrial locations.

But the “anchor” client for NDEP’s100Million standard cubic feet of gas per day capacity processing plant is the Nigerian Liquefied Natural Gas NLNG Ltd in Bonny, to which its supplies 35MMscf/d.

NDEP has prided itself for five years as the only non NNPC JV partner and the only indigenous company which supplies the NLNG system.

Now the company’s ambition has soared above the satisfaction it derives from being the only indigenous company supplying gas to an export project in a country where there is energy deficit on account of gas supply constraints and where industrialisation can take off on the wings of natural gas production.

“Currently, we are negotiating a few more offtake agreements and as soon as those are completed and they are ready to offtake gas, we are obviously in good stead to deliver gas”, Layi Fatona, the company’s Chief Executive Officer, told me in a recent interview. “I have always said that we have the most Unencumbered-Ready-To-Deliver-Gas among the indigenous companies”.

Fatona says he cannot name the names of companies that NDEP is currently negotiating Gas Purchase agreements with, “because negotiating a gas deal is an extremely tricky thing. But at least currently today, we have a reasonable number of interested parties who are discussing with us aggressively”.

The Full Interview with the CEO of NDEP is in this link.