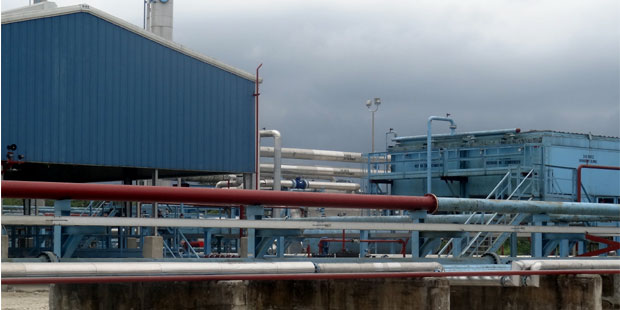 Niger Delta Petroleum (NDEP) will be delivering the 50 Billionth standard cubic feet of gas from the Ogbele field to the Nigeria Liquefied Natural Gas(NLNG) System on Friday, September 22, 2017.

This comes to 8.62Million barrels of oil equivalent (BoE).

The field, the first in the country to be officially classified as a marginal oil and gasfield, has produced 35Million standard cubic feet of gas every day(35MMscf/d), transporting the molecules through its 20km pipeline to the NLNG system, since November 2012. It is the only indigenous, Non NNPC JV supplier of gas to the NLNG Bonny Terminal, site of Africa’s largest gas monetisation project.
“It also holds the distinction of being the first independent, indigenous marginal oil field to attain gas flare-down from its operations in Nigeria”, company officials say.

The Ogbele field was awarded to NDEP in 2000 and it came on stream as an oil producer in August 2005. Five years later, NDEP decided to develop and monetise the field’s gas resources with the construction of a 100MMscf/d capacity gas processing plant, which it completed in 2012.

Three years after it commenced gas delivery, the company received an Excellence Award for implementation of a gas flaring reduction project from the World Bank led Global Gas Flaring Reduction (GGFR) Partnership at the GGFR Global Forum held in Khanty-Mansiysk in Russia in 2015.

50 Billion standard cubic feet translates to millions of Carbon Dioxidemolecules that would have been emitted into the atmosphere when the flared natural gas (mostly Methane), combusts with the oxygen in the air, NDEP officials argue, “but we shouldn’t even be lenient on the equivalence of CO2that the company has saved the world by exporting 50Bscf of Methane, because Methane is a far worse offender in global warming than CO2”, they contend.

There are other reasons why the 50 Billion standard cubic field milestone is significant. For one, a so-described marginal field has delivered so much oil (over 12 million barrels) and gas over a time frame often associated with midsized hydrocarbon fields. For another, Marginal field operators in Nigeria, as a rule, are some of the worst gas polluters in the country: NDEP and Platform Petroleum are exceptions to the rule, with their gas processing plants. Frontier Oil operates a gas plant on the Uquo Field, but it doesn’t have a choice because Uquo is a gas field with a small oil rim.

« Angola LNG Sells All To Vitol
Will the current over supplied LNG market leave room for future East African LNG? »