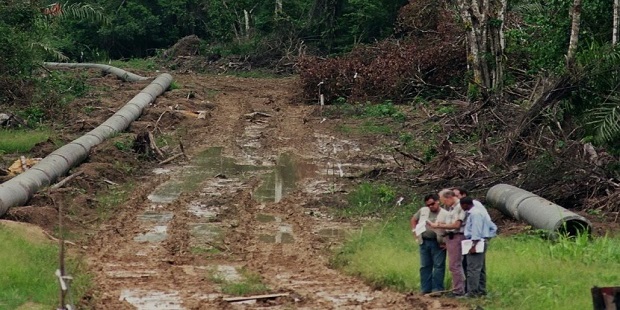 Facility will supply a trickle to the domestic gas market

The project is mainly to maintain supply of natural gas to the export market and deliver some molecules to the domestic market.

Gbaran-Ubie Phase 2 follows the success of the first phase of the Gbaran-Ubie integrated oil and gas development, which was commissioned in June 2010.

Peak production at Gbaran-Ubie Phase 2 is expected in 2019 with approximately 175,000 barrels of oil equivalent per day, comprising about 864Million standard cubic feet of gas per day and 26,000 barrels of condensate per day, according to the Shell Petroleum Development Company, the largest of all Shell subsidiaries in Nigeria.

Eighteen wells have been drilled and a new pipeline constructed between Kolo Creek and Soku, which connects the existing Gbaran-Ubie Central Processing Facility to the Soku Non-Associated Gas plant, a key facility for supply of gas to the 22MMTPANigeria Liquefied Natural Gas (NLNG), Africa’s largest single gas export project.

Shell said that first gas flowed from the wells in March 2016, with the facilities coming on stream in July 2017. Gbaran-Ubie Phase 2 will process the condensate from Kolo Creek, Gbaran, Koroama and Epu fields, “thereby assisting in reducing the volume of flaring from its operations”, Shell claims.

The European oil giant said that during construction, members of the community and local sub-contractors provided goods and services in line with the provisions of a Global Memorandum of Understanding. It added that training was provided to the community in pipeline maintenance, scaffolding, welding and piping fabrication.

« Fortuna Gets A Dedicated Offtaker, FDI Imminent
Angola LNG Sells All To Vitol »